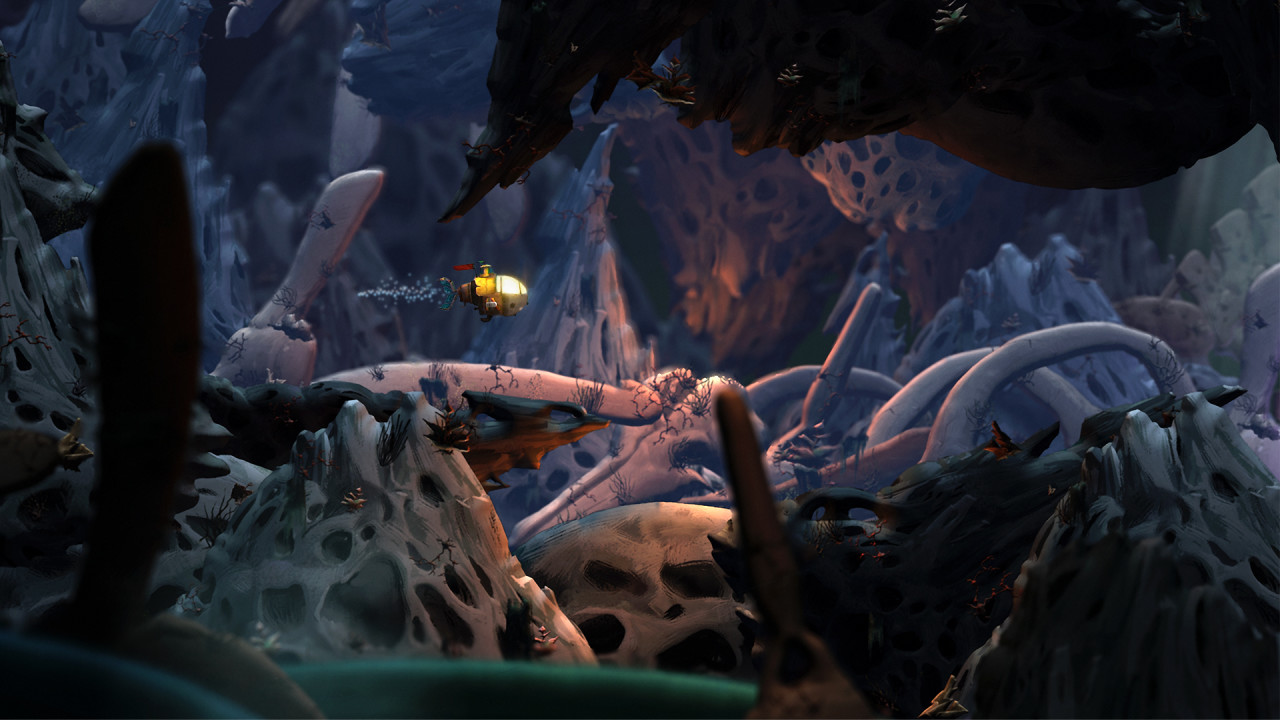 Insomniac has made good on this week’s tease and revealed a completely new game. The title is called Song of the Deep, and it’s a bit of a departure from the studio’s usual 3D action affairs.

Song of the Deep is a 2D game set below the waves. Our heroine is a young girl controlling a submarine, and she blasts her way through all sorts of insane looking deep sea living beasts.

The game, oddly enough, is being published by GameStop. The video game retailer is putting out a physical version of Song of the Deep, but it’ll only be available at GameStop. That means GameStop and Insomniac instead are relying on other marketplaces to do the selling for this one. That’s odd, right?

Still, Song of the Deep looks gorgeous, and Insomniac has my attention. We’ll have more on the game as it comes. The title will launch for the PC, PlayStation 4 and Xbox One platforms in the summer of 2016.