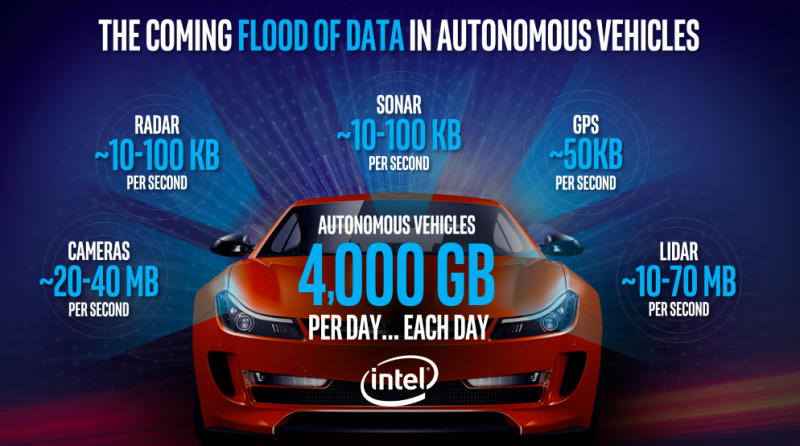 Intel, one of the world’s largest computer chip makers, doesn’t want to be a wallflower while all the cool tech companies dance with autonomous cars, so the Santa-Clara based company announced today at the LA Auto Show that it will drop $250 million on autonomous vehicle technology.

Intel has been working with BMW and Mobileye to get a fully autonomous car on the road by 2021, but now at AutoMobility LA, a press and trade show before the LA Auto show, the company wants to prove that it’s serious.

In a press release, Intel said that those $250 million would be spent over two years to “make fully autonomous driving a reality,” saying it specifically wants to invest in the areas of “connectivity, communication, context awareness, deep learning, security, safety and more.”

Intel CEO Brian Krzanich talked more about where all that cash will be spent:

Krzanich highlighted technologies that will drive global Internet of Things (IoT) innovation in transportation; areas where technology can directly mitigate risks while improving safety, mobility, and efficiency at a reduced cost; and companies that harness the value of the data to improve reliability of automated driving systems.﻿

Krzanich went on to say that the auto industry is at the “cusp of a major transformation,” and that with all the sensors, cameras, LIDAR and sonar used for autonomous driving, vehicles will use 4,000 GB of data each day, and will require “unprecedented levels of computing, intelligence and connectivity.”

So Intel doesn’t want to build its own car, nor does it necessarily want to build hardware needed for autonomobiles; instead, the company is focusing on computing and manipulating the insane amounts of data that future self-driving cars will need analyzed every second.

That’s probably a better plan than making a car from scratch. That hasn’t worked so well for tech companies lately.

Intel Outlines The Ways Your Car Can Be Hacked