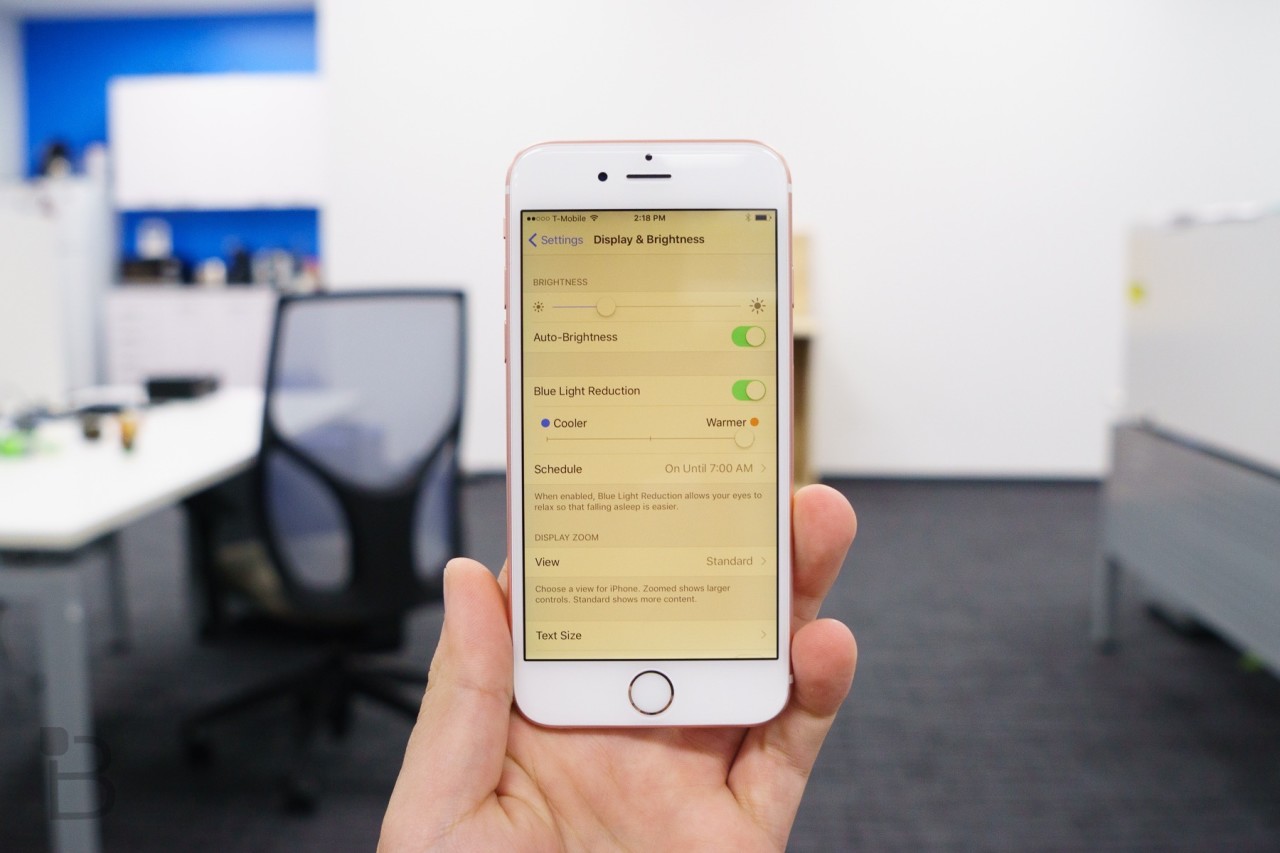 Apple this week introduced a wave of beta releases for watchOS, tvOS, OS X, and iOS, the latter of which includes a number of notable changes. The Cupertino company often uses incremental iOS releases to introduce smaller changes, tweaking features here and changing the UI there. In iOS 9.3 beta 1, a number of tweaks were made, including a Flux-like feature that gradually changes the iPhone’s display color so it’s easier on the eyes before bed.

Night Shift – As the name suggests, Night Shift is designed to automatically shift your display’s color from blue to yellow in darker environments. Studies have shown that a phone’s blue light can interrupt a person’s circadian rhythm, making it more difficult to fall asleep. Night Shift will apparently fix this, and ensure users fall asleep more easily.

Quick Actions – There are new 3D Touch options for Apple’s stock apps, including Weather, Settings, Compass and Health. It looks like Apple is still struggling to find significant ways to make 3D Touch worthwhile, a feature that essentially eliminates the multiple taps and swipes it takes to find a certain feature. For something like Weather, iOS 9.3 beta 1 allows users to see the weather at their current location, or for other saved locations in the app.

Notes – Users can now use Touch ID or a password to protect notes. The feature is pretty straightforward, adding a new layer of security, ostensibly making your private notes safe from prying eyes.

News – Apple’s News app has been improved so it’s more customizable to a person’s interests. The “For You” section now includes trending topics, along with picks from Apple editors for better discovery. Meanwhile, News can be viewed in landscape mode on the iPhone, and videos play in-line in news stories.

CarPlay – CarPlay apps have been updated so they’re up to snuff with mobile apps in iOS 9. For example, the CarPlay app for Apple Music now includes New and For You section for music discovery, while Maps features “Nearby,” which shows users points of interest that are within a few mile radius.

These are just a few of the changes Apple made iniOS 9.3 beta 1. To see these new additions in action, check out the video above.