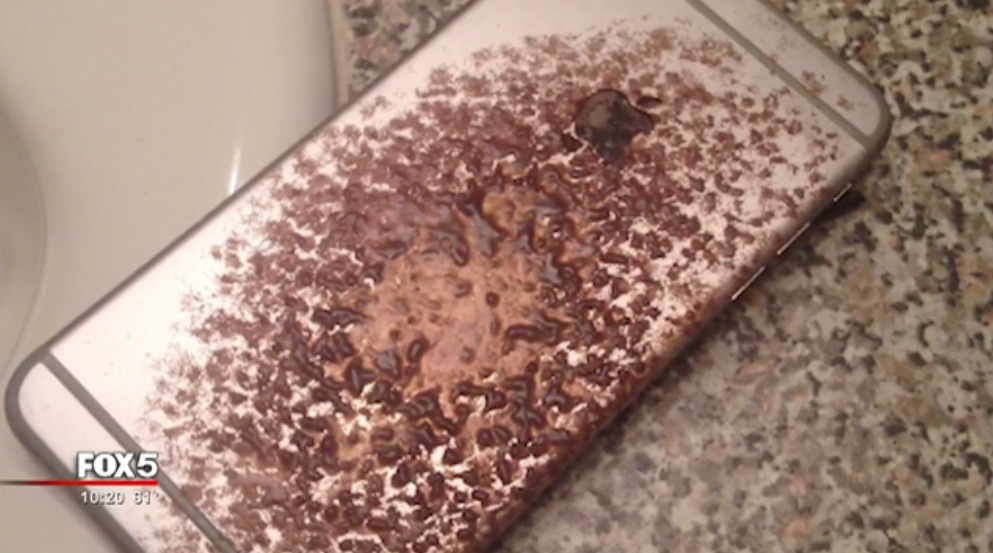 About 13 percent of Americans sleep with their smartphone in bed, according to a study published by the Bank of America earlier this year. If you’re part of that 13 percent, here’s one reason to consider getting some space from your device at night: it might catch fire.

That’s what happened to David Grimsley, a barber from Atlanta who woke up one night to find his iPhone 6 Plus on fire next to him. “There were sparks and flames,” he told Fox 5.

Grimsley quickly pushed the phone off his bed and then off a carpet. The fire eventually died out once it settled on Grimsley’s hard floor. He survived the incident in one piece, but did sustain some minor burns to his hands that have since healed.

To Apple’s credit, it quickly offered to send over a new iPhone 6 Plus. However, Grimsley says he’s disappointed the company wasn’t more concerned about his safety. He also admits to being paranoid about charging his replacement phone.

“I’m kind of nervous about plugging it in and leaving it on the bed or anywhere it could catch fire,” Grimsley said. “It could happen again.”

We hear similar stories about smartphones catching fire while charging on a semi-regular basis. Often the issue seems to be faulty third-party cords, though it’s unclear if that’s the case here.