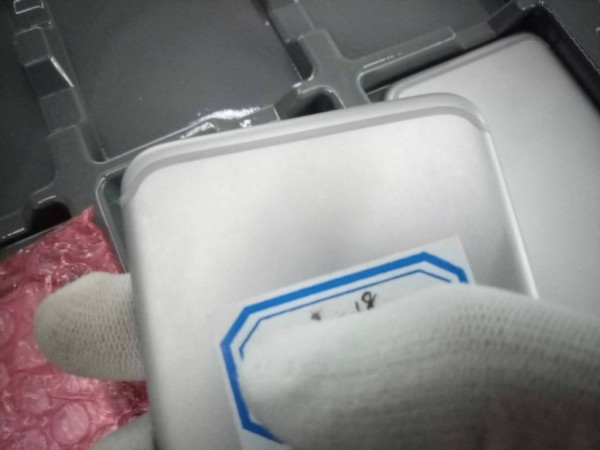 The iPhone 7 probably won’t arrive for another six months, but the leaks are already coming like clockwork. The latest alleged image claims to show part of the new phone’s back panel, including the redesigned antenna band though it’s likely this is just another fake.

The image was published by Chinese site cnBeta, which claims it comes straight from Foxconn where Apple is already testing new iPhone 7 designs in small batches. You can see that the antenna band now hugs the edge of the device, potentially offering a cleaner look. However, there’s no evidence to prove this is actually a new smartphone component, let alone a new iPhone.

Beyond this visual tweak, the iPhone 7 is expected to ditch its headphone jack while adding a second bottom-firing speaker. Apple may also introduce a new dual-camera setup in back. However, this feature could be limited to the iPhone 7 Plus or a third iPhone Pro model.

The Cupertino company has a big event coming up next week, but we’re not expecting to hear much about the iPhone 7 until later this year. In the meantime, you can expect plenty more leaks as Apple continues to test out the new device.