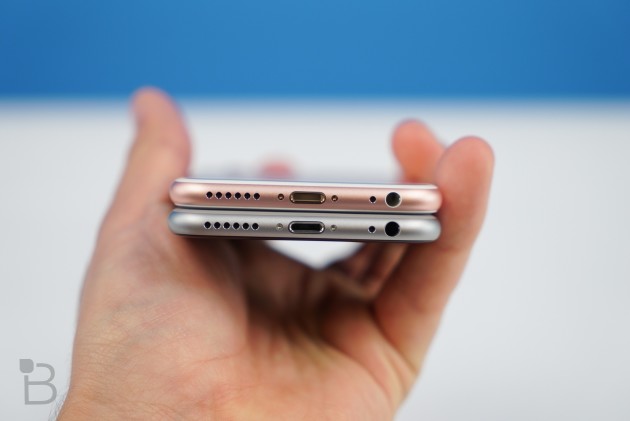 As Apple moves toward a new design for its next iPhone, the Cupertino-based company could steer clear of the 3.5mm headphone jack. According to a report from Fast Company, citing anonymous sources, Apple will instead rely solely on its Lightning port, technology that was introduced with the iPhone 5 a few years ago.

Fast Company’s report lines up with earlier murmurs we’ve heard about Apple planning to ditch the 3.5mm headphone jack, so today’s news isn’t exactly new. Still, it adds further weight to the idea that Apple is very much in favor of doing away with the old-fashioned port as it searches for ways to make the iPhone even thinner.

That’s another thing: Fast Company claims the iPhone 7 (or whatever it’ll be called) will be “noticeably thinner,” which probably means we’ll also see a decrease in battery size. Compared to most every competitor on the market, iPhones come with fairly small batteries, though Apple’s larger devices still do get decent battery life.

Wireless charging is also something Apple is expected to introduce with the iPhone 7, according to Fast Company. If true, I’d expect plenty of accessories to complement a feature that Android users have been enjoying for years now.

Through all of these changes, Apple’s new iPhone 7 is also expected to emphasize water-resistant technology, which means a little jaunt through the rain won’t cause your device to go haywire.

Again, we’ve heard reports like this already, so Fast Company is treading familiar territory. Although we’re still 9 months or so away from the iPhone 7’s announcement (if we go by history), I wouldn’t be surprised to start seeing physical leaks start hitting the Web that confirm these reports. We should know for sure soon enough.