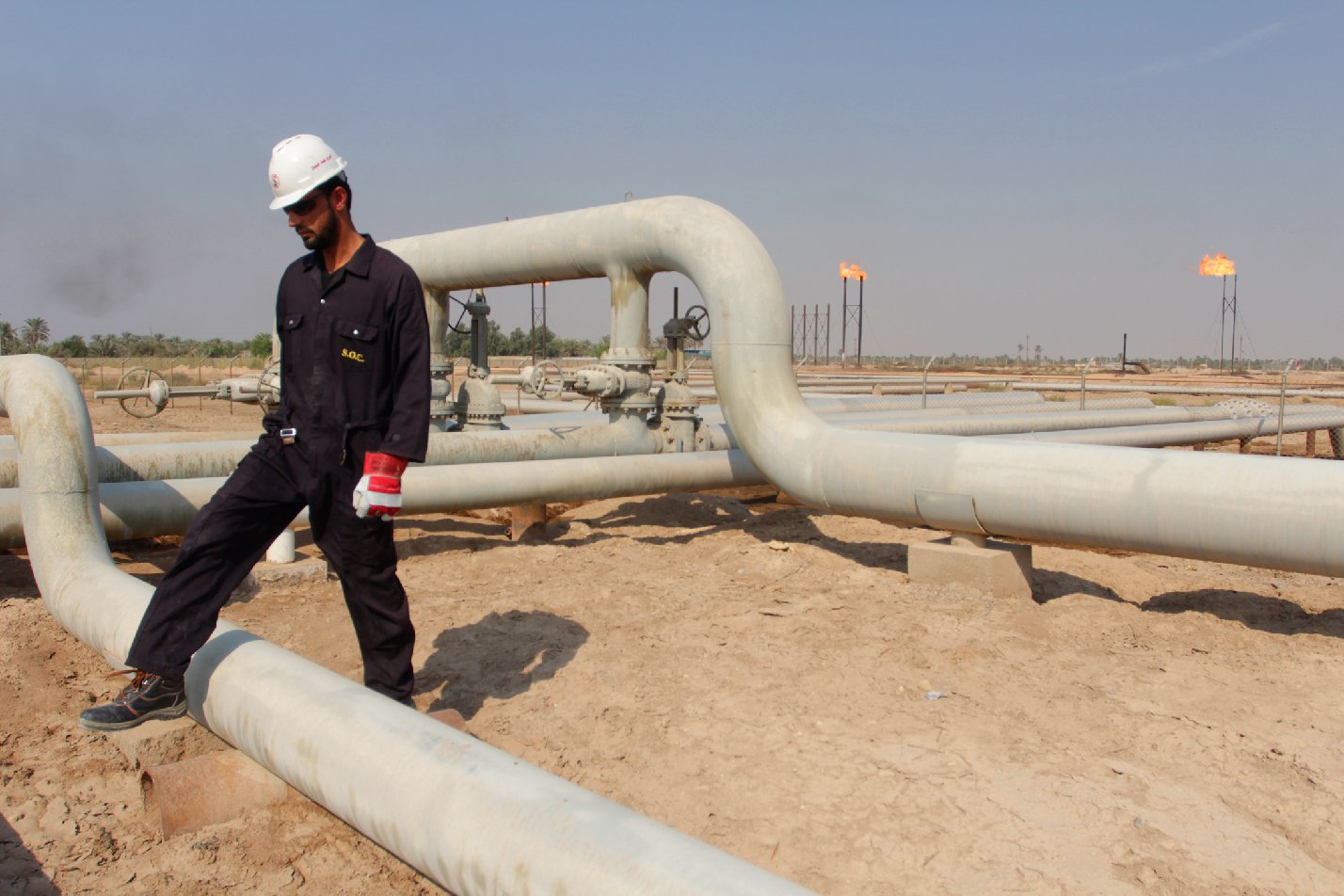 The plunge in oil prices is already having far-reaching effects on countries whose economies are dependent on oil exports.

But in Iraq, the stakes of cheap oil are even higher than in Saudi Arabia, which is instituting unprecedented taxation and austerity, or in Nigeria, which is now asking for an $11 billion World Bank loan.

What little remains of Iraq’s government and social order might collapse if oil remains in its current price trough — with dire consequences.

According to a Monday AFP report, Iraq is now selling oil at half of the country’s apparent fiscal break-even price. Right now, Iraq is selling its oil at around $22 a barrel, half of what it would need to fetch for the country to be able to fund the upcoming year of government budgetary obligations, the report said. But Iraq’s situation is actually even worse. As recently as the 2014 fiscal year, Iraq was formulating its national budget on the assumption that oil would remain at around $90 a barrel and that the country’s oil exports would continue to climb (which they have).

Iraqi government revenue experienced dramatic annual increases between 2009 and 2013, almost entirely because of oil (see the chart on the left). That’s all over, now that oil is expected to stay under $40 a barrel through the end of the year.

Though Iraqi oil is comparatively cheap to extract, it also contains unusually high levels of sulfur, meaning that it typically sells for around 10% less than Brent crude, the global price benchmark. The Iraqi government is still making money pumping oil — just not nearly enough to fund the country’s anticipated national budget.

Such a daunting fiscal cliff would be challenging for a stable or politically coherent country. But it’s potentially disastrous in a place like Iraq, where the majority of territory is split between the terrorist group ISIS and the Kurdistan Regional Government. Even the areas still under some semblance of federal control are fought over by a constellation of militia groups with ties to recognized political parties.

Ali Khedery, the CEO of Dubai-based Dragoman Partners, a former adviser to US Central Command, and a former Exxon executive with extensive on-the-ground experience in Iraq, warned that cheap oil threatens the country’s last remaining semblance of order.

“You are looking at a significant possibility of state collapse due to civil unrest,” he told Business Insider. Cheap oil will eat into the Iraqi state’s ability to continue fighting ISIS, which still controls Mosul, the country’s second-largest city. And it could have an alarming effect on the patronage, corruption, and militancy that buoys the already dysfunctional Iraqi state.

As Khedery explained to Business Insider, the number of Iraqi government employees is believed to have shot up from around 850,000 at the time of the US-led invasion in 2003 to more than 2.5 million by early 2015. It’s a revealing statistic, considering Iraq’s transition from a strong, centralized state under Saddam Hussein to a loose and often-violent federation under its current system.

Khedery said that people were added to government rolls because of family, sectarian, or tribal connections. Some officials would pocket money through “ghost job” scams, embezzling salaries from employees that didn’t actually exist. Some of the government’s oil revenues would go towards militias with ties to official Iraqi political parties — organizations like the powerful Badr Group.

“Why did the number of government employees go up 200%? The reason is that Iraq is a kleptocracy built on systemic corruption and patronage as a means of buying votes,” Khedery told Business Insider.

As a result, Iraq has little ability to hedge against against a plunge in oil prices.

“Unlike Russia or Saudi, which have hundreds of billions in hard currency reserves and trillions in assets and state owned entities, Iraq is insolvent and bankrupt,” he said.

In a price crunch, Saudi Arabia has the option of selling off chunks of Saudi Aramco, its perhaps multi-trillion-dollar state oil concern — which is exactly what Riyadh is reportedly planning on doing.

Russia is a major gas exporter, and has a more-diversified economy than many other rentier states. Iraq, on the other hand, has little to show for the nearly half-trillion dollars in oil-export revenue the country received just in the decade after the 2003 invasion. It’s largely been stolen, or dispensed to militia groups. The Brookings InstitutionIraq’s oil export revenues in the decade after the 2003 US-led invasion of the country.

As Khedery explained, an Iraqi “hard landing” has some alarming ramifications.

A plunge in federal revenue would only harden the division between Baghdad-administered Iraq and the Kurdistan Regional Government, which already has is own oil ministry, government, and security apparatus, and which sells more than 600,000 barrels of oil a day independently of Baghdad.

In addition to hastening the country’s breakup, a budget plunge would also badly destabilize Basra, the southern export point for the vast majority of Iraq’s oil.

The city has already seen increases in violence between Shi’ite militia groups that the federal government has been unable to disarm. Once organizations like Khataib Hezbollah, Jaysh al-Mahdi, and Asaib Ahl al-Haq see their bottom line threatened, the city on which much of the Iraqi economy is dependent could begin to erupt.

SEE ALSO:How an author unlocked the secrets of one of Africa’s most oppressive dictatorships

NOW WATCH: This is the US military’s biggest weakness