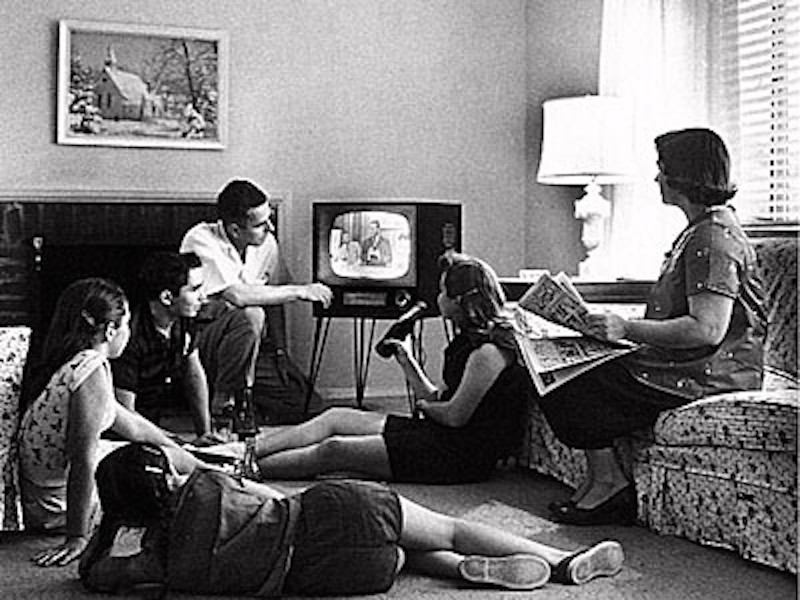 It’s official: millennials are not that special.

For years we’ve heard about millennials, the exotic generation of Americans born between 1985-1995.

Of course, all you really need to know about millennials is that the exact range on these dates is highly contentious.

Millennials, which you can most simply think of as the children of Baby Boomers, were going to move to cities, eschew the habits of their suburban-dwelling parents, and trade the placid stability of semi-rural American life for bike lanes, community parks, and food co-ops.

But it’s clear that “millennial” was a label not assigned to young Americans of a certain age, but young Americans who were a certain type of tech-savvy, urban-dwelling yuppie. As tends to be the case, it was marketing ploy.

This Goldman Sachs presentation from 2015 is a great overview of the conventional wisdom around what millennials are and what they aren’t.

In 2014, a Nielsen report also offered a helpful breakdown:

Millennials are the social generation, both online and in-person. As the founders of the social media movement, they’re never more than a few clicks away from friends and family. And offline, they prefer to live in dense, diverse urban villages where social interaction is just outside their front doors.

But this week, the Census Bureau released its latest county-level population estimates and the trend was clear: people are moving out of cities and into suburbs.

Not just on a intra-regional, either, but inter-regional, meaning that Americans are moving out of the crowded Wabash sprawl and into more rural areas in the West and South. And sure, this is more or less the whole problem with labels and generalizations: they eventually break down.

But it isn’t that this data is pointing to the beginning of a new trend but rather the resumption of an old one. Or as we’ve said before: millennials are just like everyone else.

Housing economist Jed Kolko wrote this week that the post-crisis economy threw a wrench into the decades-long trend of Americans moving away from the densest urban centers, but as the economy has normalized this trend has moved back into place.

And as Americans move back into more suburban areas and look to become single-family homeowners, we’re suddenly staring down the barrel of a new housing crisis in which a lack of supply hamstrings the market.

So it isn’t, as Slate’s Jordan Weissman wrote this week, that millennials are going to drive their SUVs to Sam’s Club in some sort of caricature of what US suburban aspirations are really about, but that the broad trend of young American families moving from dense cities to less-crowded, more family-accessible suburbs was and remains too powerful for a major recession to derail. BAMLThe demand for homes is exceeding supply, and millennials are a big drivers of this trend.

As far back as June 2015, we were writing that what millennials wanted to do was own a home.

Or as Douglas Duncan and Sarah Shahdad of Fannie Mae wrote at the time, “Evidence from Fannie Mae’s National Housing Survey suggests that many renters aged 18-34 see their current ability to own, not a lack of desire to own, as the primary reason they remain renters… In fact, their desire eventually to own their homes is no different from that of their parents and previous generations.”

According to Duncan and Shahdad, 96% of millennial renters were optimistic they’d eventually own a home.

And if you live in New York City, for example, it isn’t all that hard to see why the American suburb has been such a relentless force in attracting residents for decades.

Sure, you can carry an infant up a few flights of stairs. But don’t forget about the stroller.

Then, in time, there might be child number two. Then child one wants to walk. But not up all four flights, only the first two. But remember: you only have two arms and one of them has child two and the other has the stroller. And so on.

Services like Fresh Direct, Uber, and Amazon Prime make the acquisition of household necessities far less burdensome than they may have been, say, a decade ago.

Also: many building have elevators. But these deliveries and buildings are all very expensive, and the kids haven’t even gone to school yet!

My parents have told me that when kids are small there are a lot of things to pay for but they are mostly cheap (buy diapers in bulk, health insurance covers doctors, etc.). And if you need to entertain a two-year-old for an hour? Give her a shoebox and it’s probably going to be great.

Once kids grow up, though, you’ve got sports, electronics, car insurance (forget about an actual car), proms, college, etc. Also, you want to retire, right?

But all this is to say that for the changes we’ve seen in the demography of the US over the last few generations — the country has gotten larger, older, and more diverse — the well-worn path of being a home-owning suburban-dwelling family is still the most durable trajectory for young Americans that want to provide an incrementally better life for their children.

This is the future for millennials.

NOW WATCH: ‘Batman v Superman’ is a complete trainwreck, and director Zack Snyder is to blame