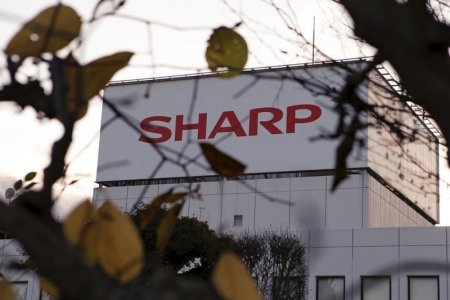 TOKYO (Reuters) – A Japanese state fund is making a final effort to secure a takeover of Sharp Corp as the ailing electronics maker considers a higher $5.8 billion offer from Taiwan’s Foxconn, criticizing the composition of the company’s board, sources said.

Innovation Network Corporation of Japan (INCJ) officials are taking issue with two of Sharp’s board members who they believe have a conflict of interest as they represent a fund that holds preferred shares in the electronics company, according to the sources familiar with the fund’s complaint.

Sharp earlier this month said it would focus on takeover talks with Taiwan’s Foxconn, despite widespread expectations that INCJ’s rescue plan would be backed.

INCJ officials believe the two board members who represent the fund holding preferred shares are more inclined to favor a deal with Foxconn, known formally as Hon Hai Precision Industry Co, because INCJ has proposed that the preferred shares be canceled in exchange for a bailout.

The fund has raised its concerns with the Sharp board.

The sources declined to be identified because they were not authorized to speak with media. Sharp declined to comment.

Sharp board members are due to meet on Saturday, although it is not clear whether they will make a final decision on Hon Hai’s offer, another source said.

INCJ had offered to invest 300 billion yen ($2.6 billion) in the struggling electronics maker, less than a half of 659 billion yen investment proposed by Foxconn. INCJ had planned to combine its display business with that of rival Japan Display Inc, in which the fund holds a majority stake.