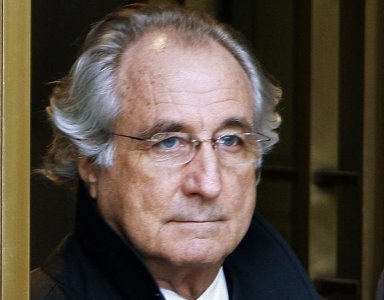 A spokeswoman for Picard declined to comment. Lawyers for the Goldman parties were not immediately available for comment. Bernstein oversees the Madoff firm’s liquidation.

Picard had in December 2010 won a $7.2 billion settlement with the estate of Picower, who died in October 2009.

But a slew of litigation ensued from Madoff customers, including many who say the trustee undervalued their claims, against Picower and other alleged enablers of Madoff.

Picard has estimated that Madoff’s victims lost $17.5 billion in the fraud, which was uncovered in December 2008.

In the latest Florida case, the Goldman parties added claims that Picower “propped up” Madoff’s fraud with $200 million of loans to fund investor redemptions, and agreed to serve in trading records as a counterparty for many fake options trades.

The Goldman parties sought to hold Picower responsible for “all $18 billion” of Madoff customers’ losses, less the $7.2 billion from the 2010 settlement.

Bernstein nevertheless found it “wholly conclusory” to allege that Picower helped Madoff distribute fake statements to customers, and had enough “control” over the swindler to justify separate litigation.

He also said allowing the Florida lawsuit “would carry real risks” to the Madoff firm’s bankruptcy estate, encouraging more lawsuits and perhaps undermining the $7.2 billion accord.

Bernstein nonetheless rejected Picard’s effort to stop further lawsuits by the Goldman parties, while saying “the question is close.”

The judge said the parties have not pursued frivolous or vexatious litigation, and that Picard could seek sanctions if they cross the line.