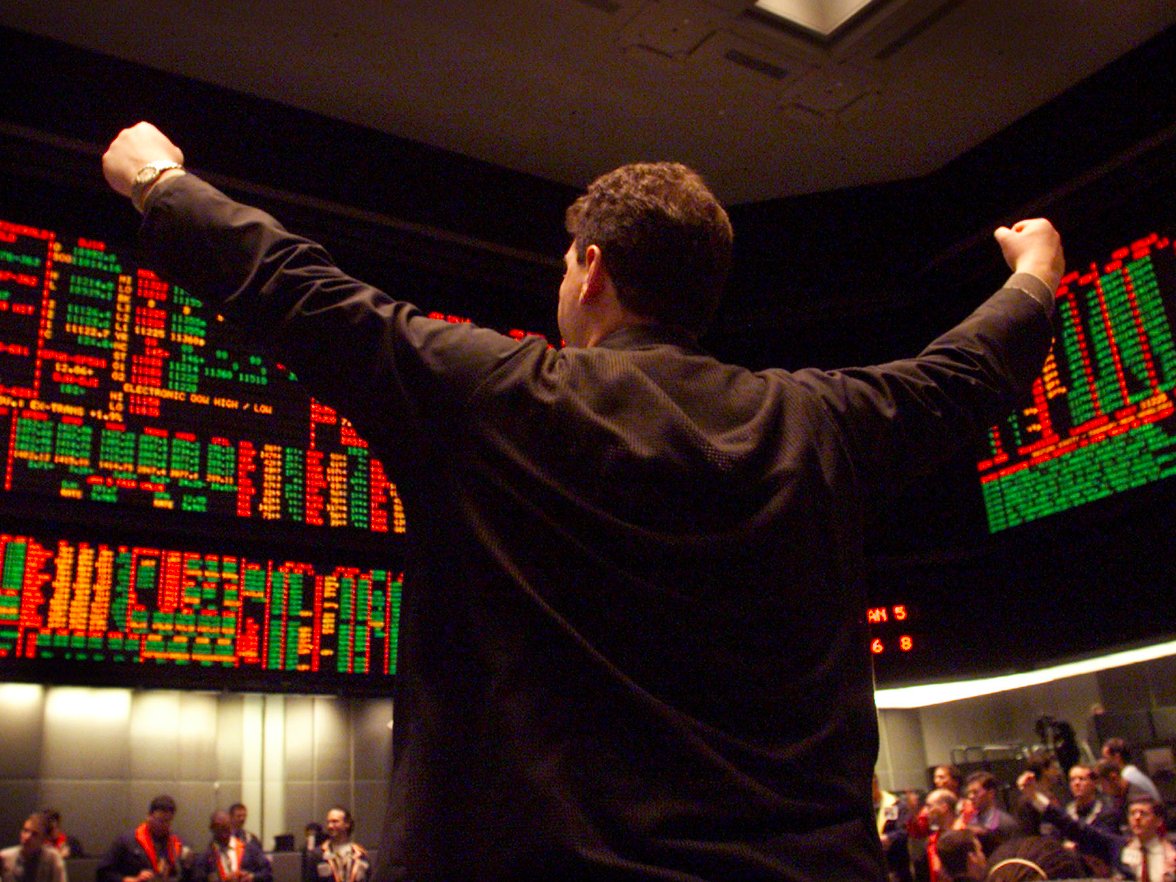 Stocks rallied for a third straight day with the S&P 500 now gaining more than 5% over the last three trading days, its best three-day rally since August.

The minutes from the Federal Reserve’s January 26-27 meeting were released Wednesday afternoon and provided a bit more insight — but not much! — into what the Fed is thinking about the markets and the economy.

Less than a week removed from the last time we heard Fed chair Janet Yellen speak, Wednesday’s minutes weren’t the event they sometimes turn out to be for the markets. Stocks were higher both before and after the release.

Overall, Wednesday’s released revealed a Fed that sees increasing downside risks to its economic forecasts, with the key passage from the minutes reading (emphasis ours):

The risks to the forecast for real GDP were seen as tilted to the downside, reflecting the staff’s assessment that neither monetary nor fiscal policy was well positioned to help the economy withstand substantial adverse shocks; the downside risks to the forecast of economic activity were seen as more pronounced than in December, mainly reflecting the greater uncertainty about global economic prospects and the financial market turbulence in the United States and abroad.

The Fed was again clear that it will depend on incoming data whether they raise interest rates at future meetings or not, and one exchange between Fed-watchers at Bloomberg and The New York Times captured the ambiguity with which the Fed is proceeding right now.

In a note following the minutes, Neil Dutta at Renaissance Macro had two quick thoughts:

It’s a short week for the US economy but a busy one and the data flow picked up Wednesday with readings from the housing market, the industrial economy, and inflation all crossing the tape.

Housing starts in January were disappointing, falling 3.8% against expectations for a 2% gain in the idnex. Building permits fell 0.2% in January, less than what economists expected. Millan Mulraine at T.D. Securities said following the report, “The overall tone of this report was disappointing, and it points to some further weakening in housing sector momentum.”

Producer prices, meanwhile, beat expectations indicating inflationary pressure potentially building for US goods producers. The headline index for producer prices rose 0.1% in January against expectations for a 0.2% decline while “core” prices, which exclude the more volatile costs of food and gas, rose 0.4%, more than expected. The latest read on consumer prices is due for release on Friday.

And so overall, a mixed day of data for the US economy, but if we’re really still talking about whether or not the economy is heading into recession, the answer is still, “Probably not.”

Some of the major headwinds for the stock market this year appear to be fading, according to Deutsche Bank’s Jim Reid.

In a note to clients this morning, Reid noted that while financial markets concerns over the next three years are still very much in the mix, things holding back stocks over the last few months are disappearing.

Analysts at Bespoke offered data indicating that while the old market cliche that every sell-off is profit-taking and every advance is short-covering, this recent rally may in fact be short covering!

The most shorted stocks among Russell 3000 members gained 6.5% over just two trading days — Friday and Tuesday — while the least shorted issues trailed the Russell’s 4.6% advance over the same period. As for whether recent action perhaps indicates that stocks are finding a bottom, Bespoke writes:

It’s impossible to call a bottom until it’s well into the rear-view mirror, and most bottoms are immediately followed by short covering like we’ve seen over the last two days. However, bounces during downtrends also see heavy short covering, and eventually the market rolls over again. The bottom line is that it’s simply too early to tell if the lows put in last Thursday will ultimately establish a much longer-term low, and anyone that has come out and called a bottom really has no idea. While there have been some early signs of stabilization, for now the market still remains in a relatively steep downtrend, and thus we’d caution against jumping back in heavily on the long side.

On Tuesday the big oil news was that Saudi Arabia, Russia, Venezuela, and Qatar agreed to freeze production at current levels.

And while the initial commentary out of the analyst community was decidedly skeptical following this news, ratings agency S&P threw its hat into the ring and not only doubted the real effectiveness of this announcement but cut its rating on Saudi Arabia’s debt.

“The first market reaction to this news was a further decline in oil prices,” S&P wrote Wednesday.

“On the supply side, we note that the freeze would take place at already record high levels of output for Russia and Saudi Arabia. In addition, we understand the agreement is conditional on other producers also freezing production. We view such a change in policy direction as unlikely in Iran and Iraq. On the demand side, we see China’s economic slowdown and debt load as a continuing top global risk.”

All this, of course, is not good for Saudi Arabia’s finances which have already been under considerable stress this year and will likely remain this way going forward. S&P assumes oil prices average $40 this year while the firm thinks Saudi Arabia’s internal budget projections are based on prices sitting near $45 a barrel.

Brent crude oil gained about 6% on Wednesday to trade near $34 a barrel.

Apple is in a fight with the FBI.

Former Deutsche Bank analyst gets into trouble over his ratings on Big Lots.

There might be new Fed charts. The Fed worries they will confuse people.

Broker gets jail time over Ponzi scheme that funneled client money into his mortgages and cigars.

Damodaran on Apple and Google.

SEE ALSO:Here’s where each of OPEC’s 13 members stands after Tuesday’s big production announcement