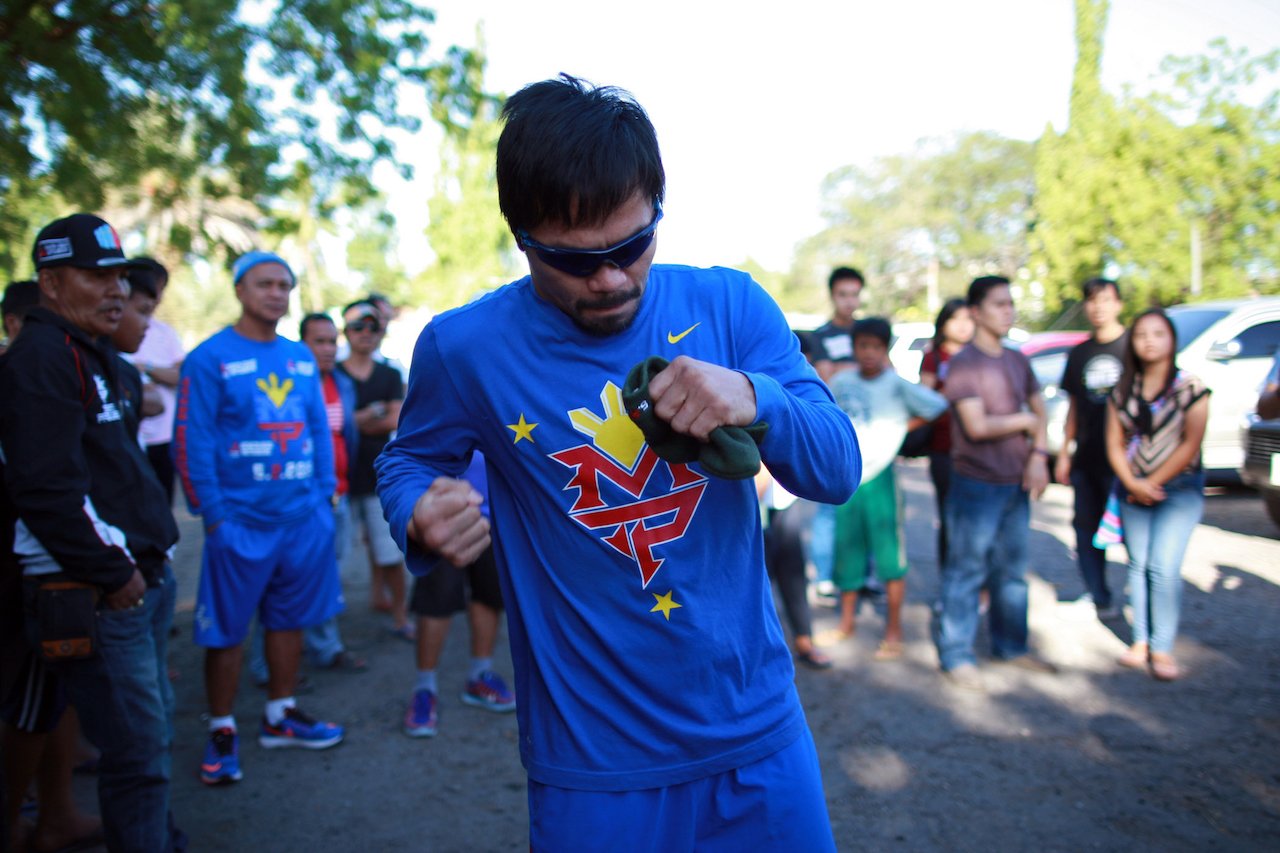 Nike released a statement on Wednesday announcing that they had terminated their contract with Filipino boxer Manny Pacquiao after he compared gay people to animals during a recent television appearance.

“We find Manny Pacquiao’s comments abhorrent. Nike strongly opposes discrimination of any kind and has a long history of supporting and standing up for the rights of the LGBT community,” the company wrote. “We no longer have a relationship with Manny Pacquiao.”

Pacquiao, who has won eight world boxing championships, has said he will retire from boxing after fighting Timothy Bradly Jr. on April 9. He is also running to be a senator in his native Philippines, and took to TV earlier this week to campaign. During the segment he made the following comparison between gay people and animals:

“It’s common sense. Will you see any animals where male is to male and female is to female?”

“The animals are better. They know how to distinguish male from female. If we approve [of] male on male, female on female, then man is worse than animals.”

Pacquiao later apologized for his words in an Instagram video, saying:

“I’m sorry for everyone who got hurt due to my comparison of gay people (homosexuals) to animals. It was my mistake. Please forgive me for those who I’ve hurt.

“But this does not change my position against same sex marriage. That’s what I believe. My only mistake is comparing gay people to animals.”