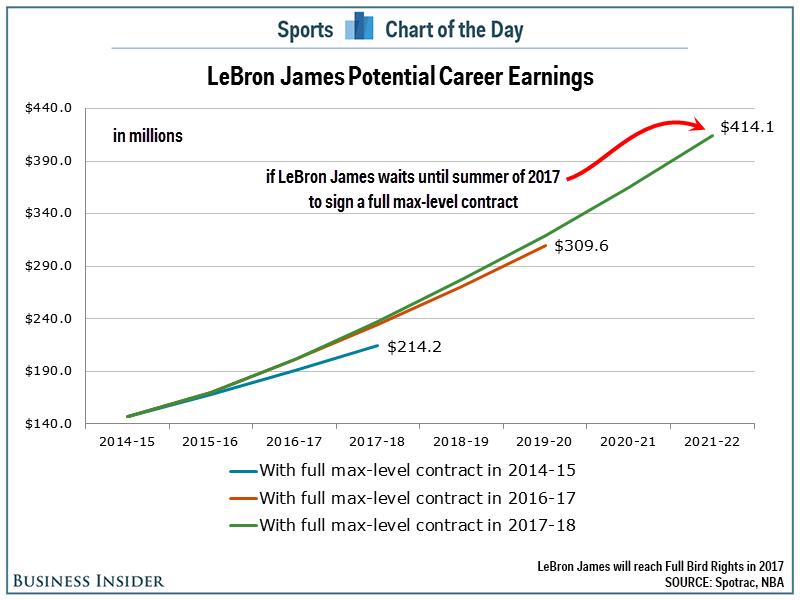 When LeBron James returned to the Cleveland Cavaliers in 2014, he raised some eyebrows by signing what was essentially a one-year deal. Two years later, we are starting to see the genius behind the move and why James will probably do it again.

If James had signed a full, max-level contract his first year in Cleveland, it would have been worth roughly $88 million over four years with annual raises of 4.5%. Instead he signed a one-year contract with a player option for a second year that he opted out of. He then signed a similar deal last summer, a contract he will almost certainly opt out of again.

If James waits until the summer of 2017 to sign a long-term contract, he will then be eligible for the largest of NBA contracts (aka Full Bird Rights): a five-year contract with 7.5% annual raises. More importantly, that deal would be based on a much larger salary cap, which is now being projected to go sky high. Based on those projections, James could be eligible for a five-year contract worth more than $211 million.