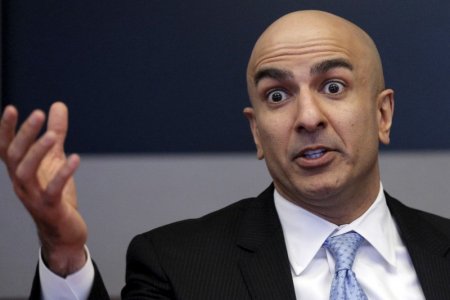 NEW YORK (Reuters) – The newest Federal Reserve policymaker dismissed concerns that his call for radical action to rein in “too big to fail” banks was a partisan move, and instead said it highlighted the U.S. central bank’s independence from politics.

Minneapolis Fed President Neel Kashkari touched a nerve on Wall Street and on the U.S. presidential election campaign when on Tuesday he said existing rules to protect taxpayers and the economy from a bank failure were not enough, and urged Congress to consider breaking up massive banks.

“I don’t see this as a partisan issue,” he said in an interview on Wednesday.

“I do think there are people on both sides of the aisle who care about this issue and think we should take stronger action,” Kashkari, a former Republican candidate for California governor who took the Minneapolis job last month, told Reuters. “It wasn’t a political statement. It was a statement about economic risks.”