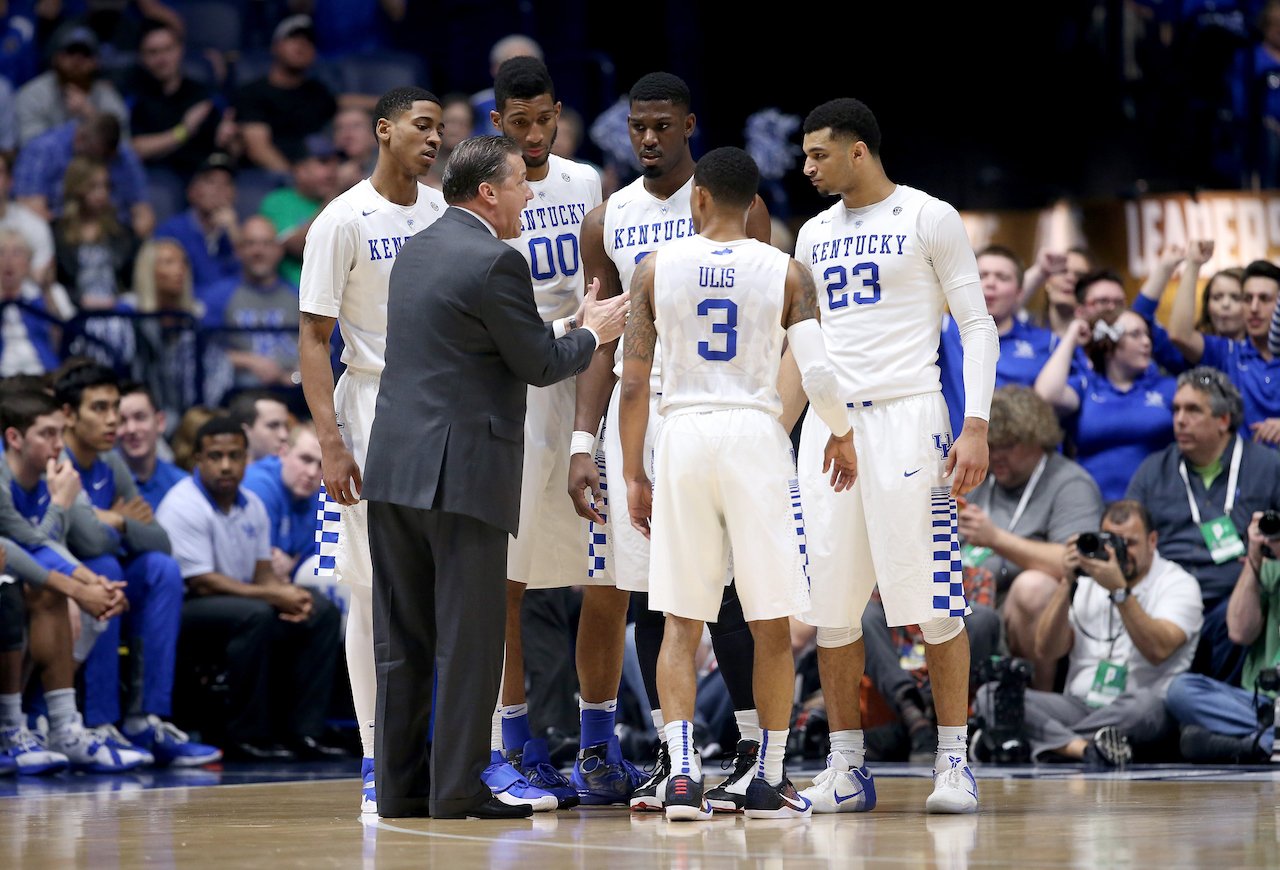 Kentucky men’s basketball coach John Calipari announced on Wednesday that every member of his basketball team that is eligible — including the walk-ons — will declare for this year’s NBA Draft.

The announcement sounds shocking, even by the much-maligned Kentucky coach’s standards. But in actuality, Calipari is simply taking advantage of the NCAA’s new NBA Draft rules, which now permits collegiate players to “test the NBA waters” and see if professional teams are interested before deciding whether or not to hire an agent, forfeit their eligibility, and officially turn pro.

Here’s how Calipari described it:

When the season’s over, it’s about each individual player and what’s right for them and their families. With that being said, every player who is eligible for the draft, including our walk-ons, will submit their names for the NBA Draft in hopes of being invited to the combine in May.

The new rule states they can submit their name a total of three times. If they choose to withdraw, they have until 10 days after the combine. It’s a true win-win for the student-athlete.

In other words, all the members of the Kentucky program will submit their name and enter the NBA Combine, and only those who are invited to work out, and those who then learn from scouts that they will likely be drafted, will actually go pro.

The rest can go through the process, withdraw their names from consideration, and return to Kentucky with their eligibility completely in tact. No harm, no foul.

While Calipari is right to call it a win-win for his players, as Kentucky Sports Radio’s Matt Jones also explained, Calipari’s decision will assuredly be used in recruiting for years to come:

And, even more than simply being a recruiting advantage, this move allows the group of Kentucky players that end up not gaining any draft traction to return to campus without feeling like they’ve failed the Kentucky one-and-done system of going pro as soon as possible:

Calipari has always taken full advantage of the NCAA’s one-and-done rule, which has caused the top high school talent come to college with every intention of turning pro after just one year. Kentucky’s current roster of blue-chip prospects will likely have at least three players taken in the first round, as they do every year.

Calipari has the top recruiting class for next year, too, and after their season ends they will all turn pro, too. The McDonald’s All-Americans that Calipari recruits each season elect to play at Kentucky because they know Calipari will prepare them for the NBA without expecting them to stick around longer than they have to, or feeling slighted when they do.

Neither Calipari nor the players on Kentucky have tried to fool anyone otherwise. The team is a gap-year program for future NBA players, completely legal under NCAA regulations. Calipari’s announcement on Friday is nothing more than this program’s logical extension.