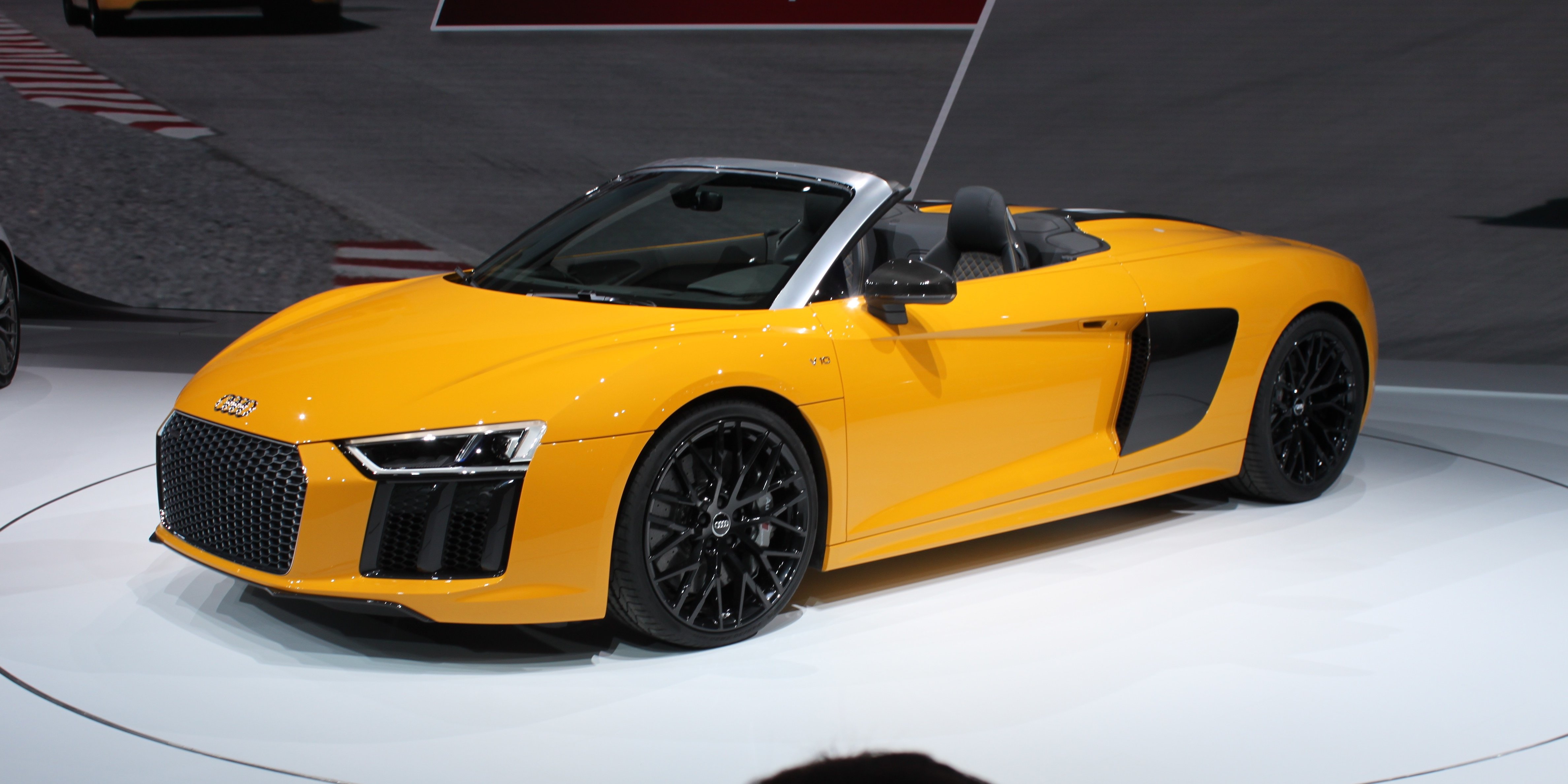 This Is The Audi R8 We’ve All Been Waiting For

Audi unveiled the new R8 Spyder, an open-top version of its flagship sports car, at a packed event at the New York Auto Show on Wednesday.

The R8 Spyder, which has already made several unintentional appearances being driven across Africa without camouflage, closely matches the design of the also newly-overhauled R8 coupe.

According to Audi, the car shares half of its components with its racing cousin, the R8 LMS, which has already proven itself on the track, winning its class at the Rolex 24 at Daytona this January.

Audi has given no official word of a V10 Plus model which would mirror the existing hard top lineup.

Also making his first appearance at the Audi brand event was new CEO of Audi Sport Stephan Winkelmann, formerly of Lamborghini. Winkelmann spoke very briefly, telling reporters that he would have more to offer once he better settles in to his new position.