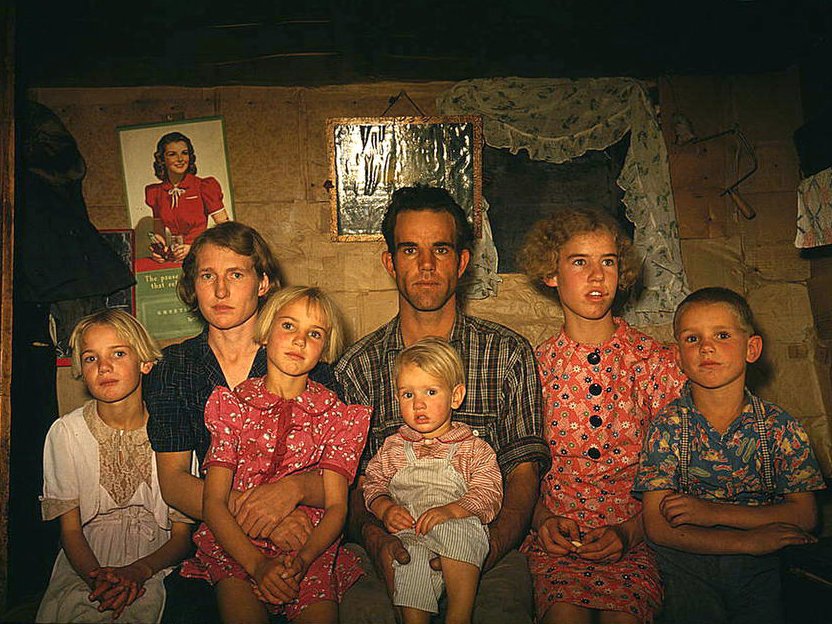 Bill & Vicki T/Flickr/Library of CongressA large family in the 1940s.

One great big happy family may actually be an oxymoron.

A study by researchers Chinhui Juhn and C. Andrew Zuppann of the University of Houston, along with Yona Rubinstein of the London School of Economics, suggests that the more children a family has, the less likely those children will have a good life.

“Using a variety of approaches we have documented a significant trade-off between quantity and quality of children for NLSY mothers and their children,” their new study said. “On average, children in larger families have lowered parental investment and worse cognitive and non-cognitive outcomes.”

Using data from 1986 to 2012 taken by the National Longitudinal Survey of Youth and by the Children and Young Adult Survey, the researchers were able to match the number and timing of births into a family to a number of mental and behavioral traits.

Additionally, they were able to measure parental engagement with children, such as time spent with each child.

They found that in families with more children, parents engaged with each child less. This corresponded with higher likelihoods of poor outcomes for the kids.

“Our fixed effect estimates indicate that the arrival of a younger sibling reduces measures of parental investment as well as cognitive and non-cognitive outcomes of older children by approximately one-tenth of a standard deviation,” the researchers said. The effects were different for girls and boys. Whereas girls typically saw a larger negative effect on cognitive abilities, boys had worse outcomes behaviorally.

On top of that, the researchers found that over time children didn’t grow out of the negative effects.

Additionally, economic well being of the mother and even the mother’s intelligence, as measured by the Armed Forces Qualification Test, were seen as potential factors in the outcomes.

“High AFQT mothers of all races appear to face less of a trade-off than mothers with low AFQT scores,” the study said. “Differences in mother’s AFQT scores are correlated with a wide set of lifestyle differences that could explain these differences. For instance, having worse child care coverage, maternity policies, or flexibility in household labor supply could all make the presence of an additional child more detrimental to other children in the household.”

Though the researchers warn that further study would be needed to make a causal link between any of these factors to the worse outcomes, the correlations between the number of children and negative life outcomes were significant.

Based on the study, it seems that contrary to the popular saying, more may not be merrier.

SEE ALSO:Parents might say they love all their children equally, but it’s not apparent in their wills

NOW WATCH: 7 ways parents set their kids up for success