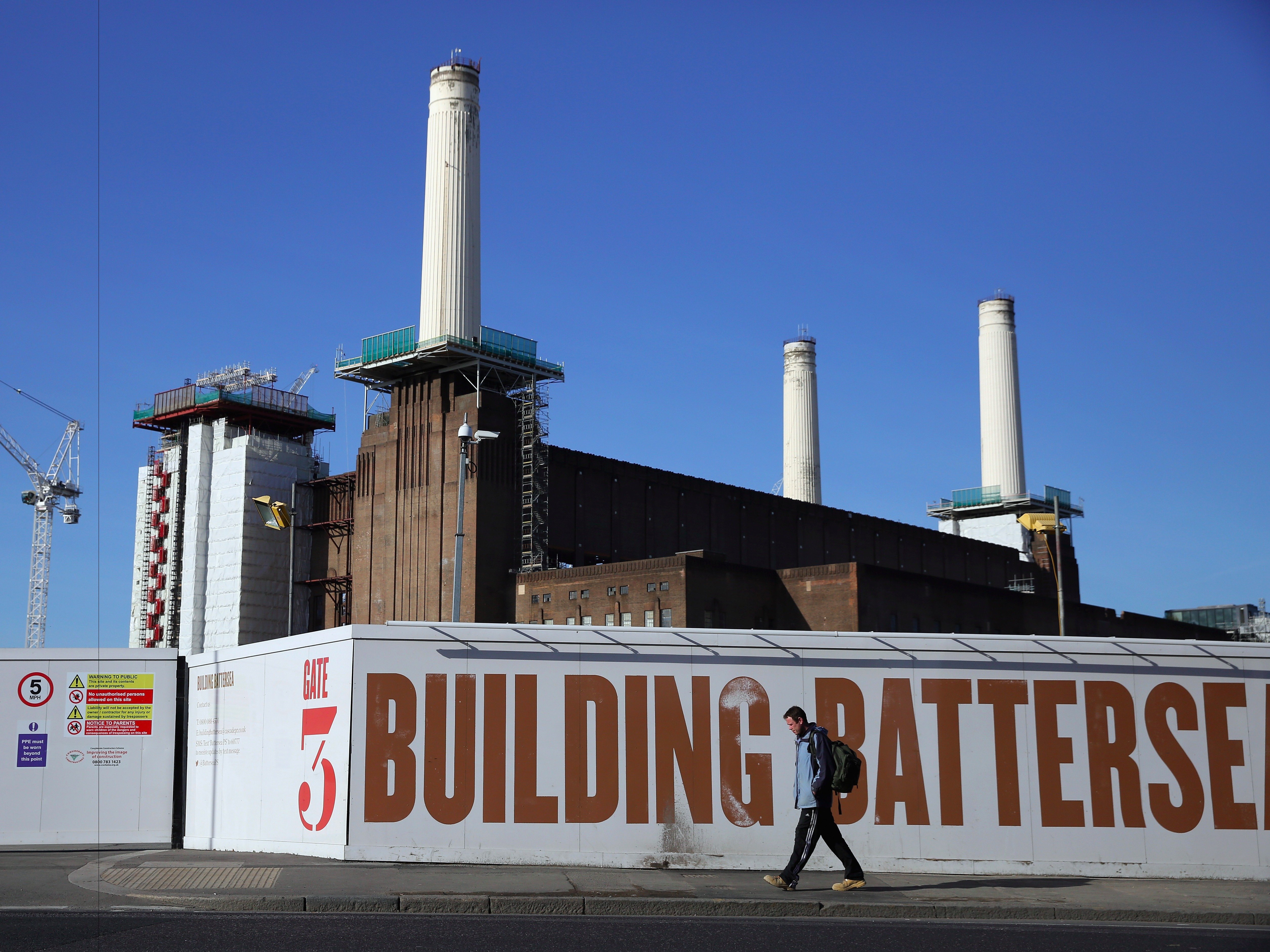 Dan Kitwood/Getty ImagesLondon has a chronic undersupply of housing, and new developments such as Battersea Power Station cater to the already well-served luxury market.

The average price of a London property jumped 9.2% last year to a huge £481,820, according to the Land Registry.

But what’s behind the insane rise in prices? A lot has been made of the influx of foreign money, with David Cameron saying on Tuesday he was worried about London’s housing market becoming a haven for dodgy money from corrupt foreigners.

And programmes such as Help to Buy, a government plan that lowers the size of a deposit needed on new builds, have helped get the property market moving.

But the simple truth is the price rise is largely down to a numbers game — there’s more demand than supply.

The London-only estate agent Foxtons made this clear in its half-year results released Wednesday. This is Foxtons’ killer statistic (emphasis ours):

The fundamentals of the London market remain attractive mainly due to the lack of supply of properties and ever increasing demand. Based on the latest London census figures, there was a cumulative population increase of circa 900,000 from 2005 to 2013 with only circa 175,000 new homes built. There are simply not enough properties to accommodate the increasing population in London.

Cranes have been springing up across London, but the recent building boom looks unlikely to ease the squeeze. Most are high-end developments. Flats in the Battersea Power Station redevelopment, for example, sold for an average of £1 million ($1.56 million) — way beyond the reach of most average Londoners.

Many of these redevelopments or new towers are also being marketed to foreign investors as investment pieces before being offered to British buyers. The logic of investing in London property depends on keeping supply restricted to keep values rising.

People are now getting priced farther and farther out of London. Foxtons says sales volumes in Zones 1 & 2, the centre of London, declined in the first half of 2015. But sales in Zone 3 outward jumped by 9%. In Zone 3 Walthamstow, where Foxtons opened a new branch, sales jumped 18%.

Despite all this, Foxtons on Wednesday reported falling revenue and sales, blaming May’s elections for putting a dampener on activity. Revenue dropped 2.3% to £71.1 million, and the volume of property sales slumped 10.9%.

NOW WATCH: This 1998 supercar could auction for $15 million