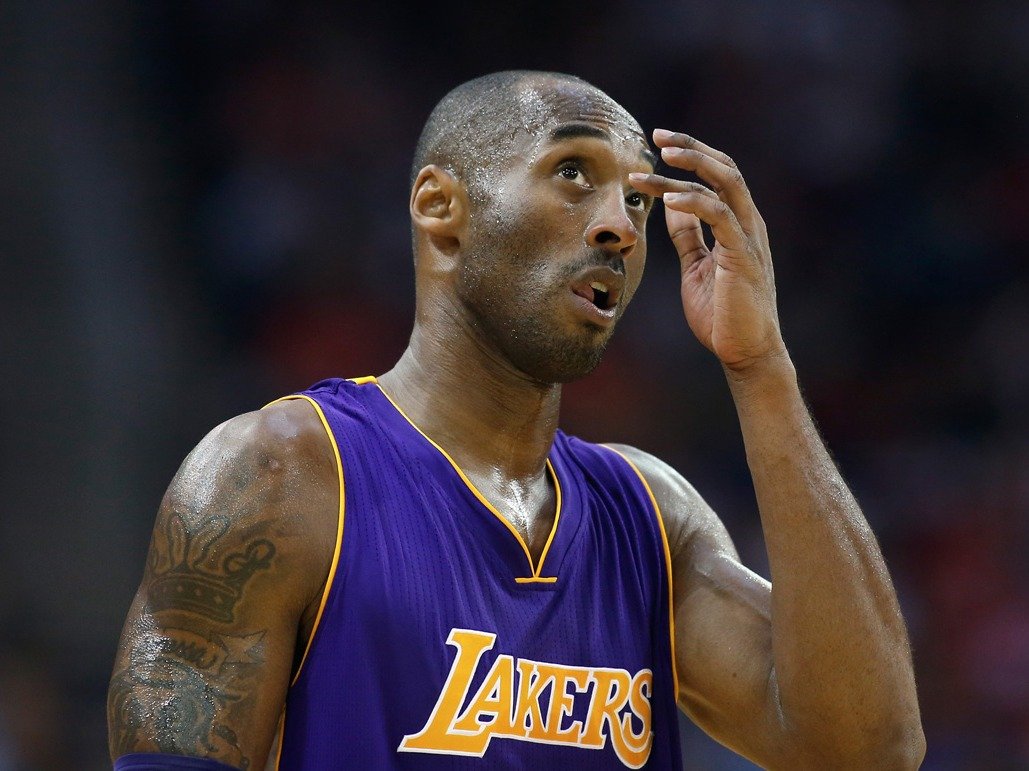 The Los Angeles Lakers are in competition for the worst record in the NBA.

At 9-41, they’re only two wins ahead of the Philadelphia 76ers for worst record and have now lost 10 games in a row, tying their franchise-worst mark.

After losing by 19 to the Charlotte Hornets Sunday night, the Lakers heard loud boos from their home crowd, leaving the locker room in a dreary state.

Kobe Bryant offered his take on the struggles, that while also bleak, puts the Lakers season into perspective (via ESPN’s Baxter Holmes).

“Honestly, it doesn’t really matter,” Bryant said when asked if the Lakers’ next game was a must-win to avoid a franchise-record losing streak. “What, it makes a s—-y season less s—-y?”

Kobe also made an allusion to the team drowning and gasping for air while adding that he can only do so much to help the team out of their struggles.

Still, Kobe makes an excellent point, whether he’s aware of it or not. This Lakers team was designed to be competitive, but that design has fallen on its face. That it has so dramatically still benefits the Lakers.

The Lakers have a top-three protected pick in this draft. They’ll have the chance to add a top lottery pick this summer, clear up cap space to sign free agents when Bryant retires, then add to a core that includes talented, young players like Julius Randle, Jordan Clarkson, and D’Angelo Russell. While there’s been drama over how much time head coach Byron Scott gives to some of his younger players, in the end, the Lakers keep losing, which is better for them.

So, like Bryant says, the season has been brutal, but it’s somewhat of a necessary step for the team. They’re past the point of redeeming this season, so the team is better off continuing to lose.

NOW WATCH: A skier fell 1,000 feet down a mountain and brushed it off