After much back and forth, President Donald Trump signed a $900 billion legislative package on Sunday to provide pandemic relief and fund the federal government through September, The New York Times reported. The law is a clarion call for banks to once again funnel aid to US consumers and businesses, as it injects a fresh $285 million into the Paycheck Protection Program (PPP) and includes a new round of $600 stimulus checks for consumers. 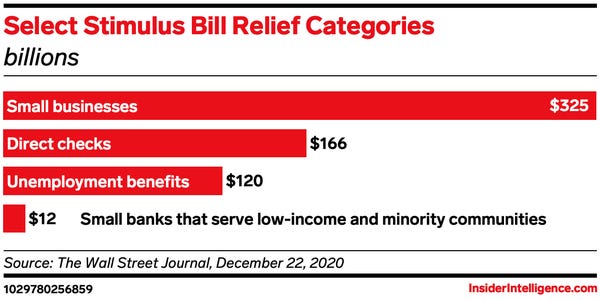 Here the two primary challenges banks need to be ready for as the effects of the new stimulus package take hold:

A balancing act when it comes to handling PPP loans. While demand for loans had seemingly petered out by the PPP’s second round close on August 8—$133.99 billion was left undrawn in the program—an additional four-and-a-half months of economic hardship and the new dispensation that businesses can apply for a second loan means that banks could see a flood of applications. The pressure will be particularly intense for those banks that learned hard lessons in the early days of the PPP: For example, Wells Fargo was forced to temporarily close its loan application portal just two days after it opened due to limits on its lending capabilities at the time caused by its federally mandated asset cap. Now, the bank is already preparing to reopen its application portal, Ruben Pulido, spokesman at Wells Fargo, told the San Francisco Business Times. But as an added challenge, banks must handle the approval and disbursement of new PPP loans while simultaneously helping small businesses through the forgiveness process for existing loans.

A surge of digital banking activity as stimulus checks are disbursed. Banks weren’t prepared for the huge influx of online and mobile app logins when the first round of stimulus checks were disbursed in April, as customers under lockdown turned to digital to check their accounts. The surge in online activity triggered outages at a number of major banks, leaving some customers temporarily unable to access their accounts. Banks need to preemptively strengthen their digital channels to handle a similar spike that’s likely to come with another round of much-needed funds: With nearly 11 million US consumers unemployed, many customers are likely relying on immediate access to the check to cover bills.