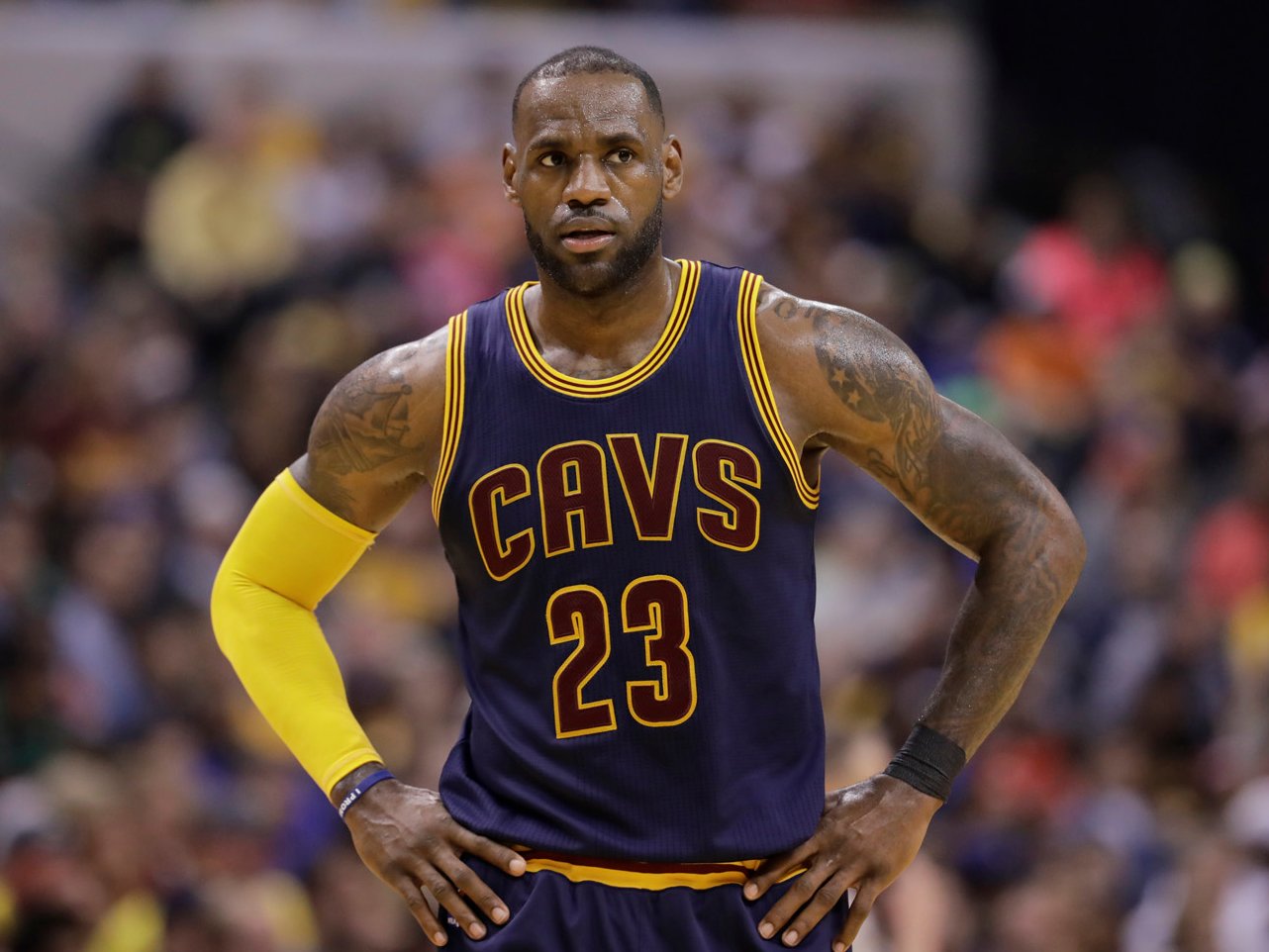 LeBron James and the Cleveland Cavaliers made a statement Wednesday night, trouncing the Boston Celtics 117-104 in Game 1 of the Eastern Conference Finals.

James was the star of the show, doing as he pleased against a helpless Boston defense en route to 38 points on 14-24 shooting, nine rebounds, and seven assists.

All night, James picked the matchup he wanted and attacked. At times, that meant blowing past a big man on a switch; other times, it meant bullying a smaller defender in the paint.

All but one of James’ made field goals came in the paint — he shot just 1-6 from three.

For the Celtics, this is a bad sign. James, at 32 years old, has improbably become a great isolation scorer again.

Two years ago, during James’ first season with the Cavs, this was arguably his biggest flaw. James was hijacking Cleveland’s offense, pounding the ball into the floor and settling for bad shots. After Game 1 of the Eastern Conference Finals, against the Atlanta Hawks, James was scoring just .77 points per possession on isolations, shooting just 33% from the field.

ESPN’s Tom Haberstroh noted at the time on Bill Simmons’ “B.S. Report” that James simply didn’t have the tools to go one-on-one effectively in the playoffs.

“And the problem, Bill, here is he’s not athletic enough to do that. He might’ve been able to pull that off in Cleveland five years ago, but this 30-year-old LeBron doesn’t have the athleticism to just power through guys, turn that corner, and get up.”

Somehow, at 32, that’s changed this year. According to NBA.com/Stats, LeBron has 56 isolation possessions under his belt this postseason, seventh most of any player in the playoffs. In those situations, he’s scoring 1.2 points per possession, shooting 48% from the field with a 58.9% effective field goal percentage (weighted for three-pointers). He’s scoring 51.8% of the time, whether by field goal or by getting to the foul line. The only other player who has 30 or more isolations in the postseason who is scoring more points per possession and scoring more frequently is Toronto’s DeMar DeRozan, who is now out of the playoffs.

These numbers are improvements over last season, too. According to the NBA’s stats site, in 21 postseason games last year, James scored .94 points per possession on 43% shooting, 46% eFG in isolations. Granted, some of those games also came in the Finals, against an excellent Golden State team, but the difference in efficiency is eye-popping, nonetheless.

Against the Celtics on Wednesday, James got to the basket at will. Jae Crowder is a 6-foot-6, 235-lb, legitimately good perimeter defender. He stood no chance against James.

Al Horford, a quick, versatile defender, could not stop him.

And poor Kelly Olynyk was left out to dry against LeBron, who decided to toy with Olynyk before taking him to the basket.

After the game, the Celtics seemed all-too-aware of what James was trying to do.

“Obviously, he’s a great scorer, and when he gets going downhill, he just has to see bodies,” Crowder said.

“He got comfortable with what we were doing on the defensive end, and he had his way.”

“[James] made it clear — it was very clear — that he was trying to get to the rim on us no matter who was on him.”

“Doubling is really scary against these guys, but it may be necessary. The conundrum is, do you double and risk giving up those easy step-in 3s and the rebounds? Or do you try to stay at home and do the best you can and make them make a tough shot? It’s all easier said than done, but we’ve got to figure out our best avenue quickly.”

The good news, Celtics fans? James said he “didn’t feel that good” as a result of the Cavs’ 10-day layoff in between series.

If James continues to have his way and get to the rim at will, this may be a very quick series.