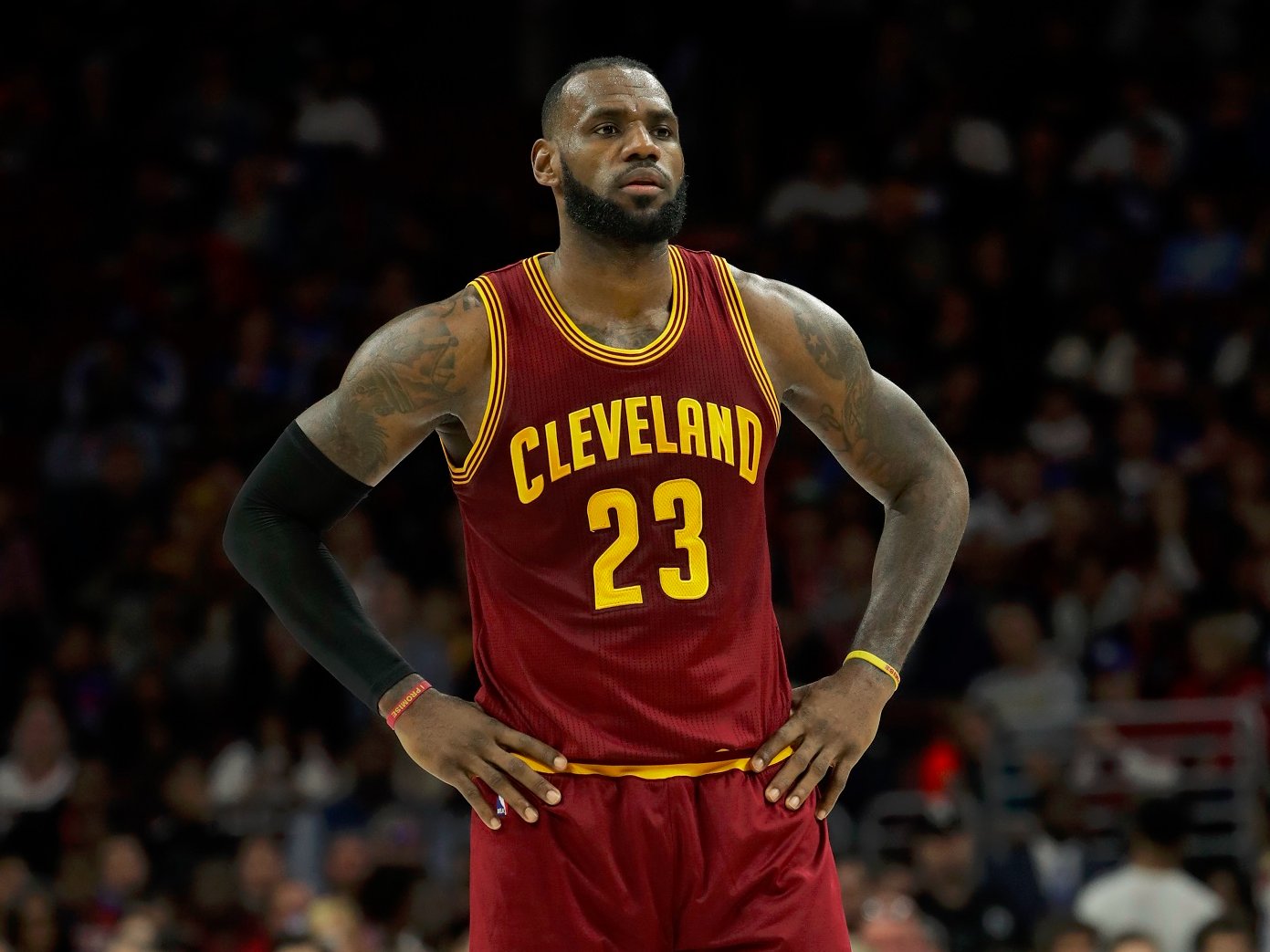 LeBron James remains the biggest destroyer of teams in the Eastern Conference.

After six straight Finals appearances, with a seventh looking likely, every team needs to ask themselves a key question when planning their rise to the top: “Can we get past LeBron?”

Most often, the answer is “no,” and those teams are forced to consider ways to improve or ways to rebuild.

Now, it appears LeBron has claimed another victim — the Toronto Raptors. After an embarrassing four-game sweep at the hands of LeBron and the Cavaliers in the second round of the playoffs, the Raptors need to start asking some tough questions as they head into what figures to be a crucial offseason. At his season-ending press conference on Tuesday, Raptors GM Masai Ujiri admitted that it may be time for a change after the Raptors lost to the Cavs for the second year in a row.

Ujiri made a veiled reference to the Cavs in saying the Raptors need a “reset.”

“We need, after that performance, we need a culture reset here. We need to figure it out. Yes, there’s been some success, but at the end of the day we are trying to win a championship here. To me making the playoffs is nothing. That was back in the day. Now we have to figure out how we can win in the playoffs. That’s the goal …We need figure out how to beat these guys.”

In the eyes of many, the Raptors made chase at the Cavs this year. They traded a draft pick and wing man Terrence Ross for Serge Ibaka in hopes that Ibaka’s shot-blocking and shooting could hurt the Cavs. They also made a trade for forward P.J. Tucker at the trade deadline, hoping his defense could slow down James. Instead, the result was more disappointing than last season’ six-game conference finals loss to the Cavs.

This summer, All-Star point guard Kyle Lowry, Ibaka, Tucker, and reserve big man Patrick Patterson will all be free agents. Re-signing Lowry and Ibaka, perhaps the most crucial of the two, would rocket the Raptors into the luxury tax. And for what — another second-round playoff exit? Ujiri threw out the idea of retaining all four on Tuesday, saying, “It’s not realistic.”

Ujiri also made a similar point to ESPN’s Zach Lowe’s postmortem on the team — for whatever reason, their style of play hasn’t worked in the playoffs. For three years running, the Raptors’ offense has stalled out in the postseason, too reliant on one-on-one play, despite great regular season success. Ujiri seemed baffled by how, exactly, the team can improve, again seemingly making a vague reference to their failure to get past the Cavs.

Ujiri may not be the only person searching for ways to get around LeBron. Marc Stein of ESPN reported on Sunday that Lowry is considering a change of scenery this offseason.

Of course, a switch to the Western Conference also means Lowry’s new challenge would be getting past the Warriors, another pretty good team looking likely to make a third straight Finals appearance. But perhaps on the right team, Lowry would see an opportunity there.

For up-and-coming teams, the LeBron question begs asking, too. The Celtics decided to stand pat at the trade deadline, deciding not to give up any of their numerous assets for a superstar. One of the common arguments stated that, even after adding a player like Paul George or Jimmy Butler, their team still might not be good enough to get past LeBron and the Cavs. Why give up assets if it won’t be enough?

Such is life in the Eastern Conference for a borderline contender. James oversaw the demise of the Pacers when they threatened his Miami Heat teams, he’s seen the Atlanta Hawks dissolve after winning first place in the East two years ago, and the Raptors could be next.