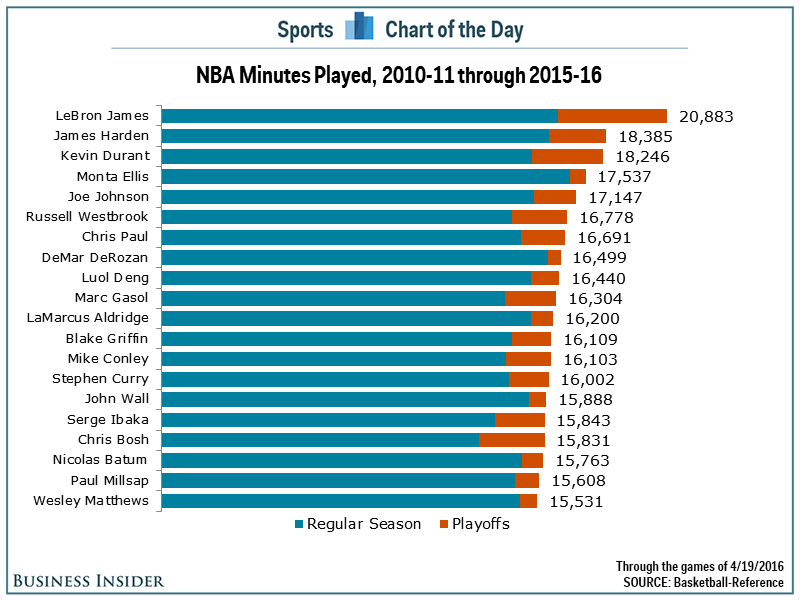 LeBron James is hoping to make it back to the NBA Finals this year for what would be the sixth-straight season and the seventh of his career. While that would be a great achievement, it also comes at a great cost — mileage.

Over the last six seasons, James is second among all players in minutes played during the regular season alone, trailing only Monta Ellis. If we include the playoffs, James has a whopping 20,883 minutes played since the start of the 2010-11 season, 2,500 more minutes played than the next player on the list, James Harden (18,385).

In other words, for LeBron, who averaged 35.6 minutes per game this season, he has played the equivalent of 70 more games than any other player over the last six seasons alone. It’s amazing that he has been able to stay as healthy as he has into his early 30s (he is 31 now).