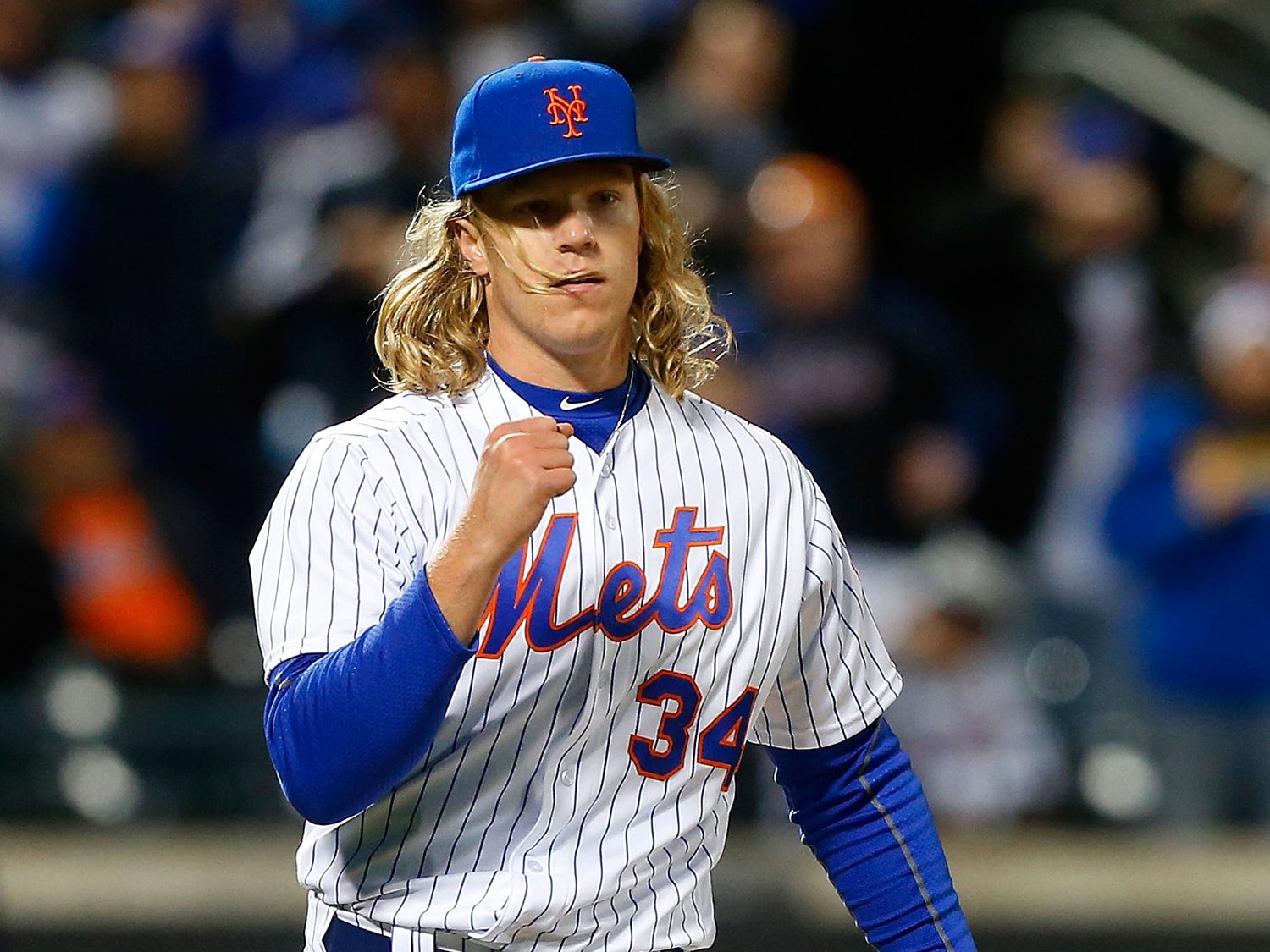 New York Mets ace Noah Syndergaard is taking baseball by storm with one of the strongest starts to a year that MLB has seen.

Syndergaard, affectionately known as “Thor” for his long, blonde locks and insane arm, has upped the ante on his velocity this year, already topping 100 mph on 17 pitches this season, according to Sports Illustrated.

And while his fastball is undoubtedly a major weapon, what’s turning heads more is Syndergaard’s new, mysterious pitch that some in baseball consider a cutter but others the rarely seen “Warthen Slider.”

As FanGraphs’ Eno Sarris detailed last year, the Mets’ starters were working on this slider, which focuses on a faster speed with more spin on the ball and a “small, quick movement at the end.” Syndergaard, a rookie last season, however, was not among the players really looking to use the pitch.

But now it appears that he’s adopted it, and the baseball world can’t figure it out.

As SI noted, in Syndergaard’s Monday start against the Philadelphia Phillies, in which he struck out eight while allowing one run in seven innings, he threw the pitch 20 times. The result: 15 strikes, 14 swings, and seven swings-and-misses. His best slider topped out at 95 mph, a virtually unseen speed for this type of pitch.

“MLB Tonight” broke down Syndergaard’s slider, noting the uptick in usage this season: With the speed and spin, it’s an impossible pitch to hit:

Other times, as Bill Ripken noted, the spin isn’t there, but Syndergaard’s “off-speed” pitches are still coming in at 92 mph, and batters can’t hit it:

Ripken later joked of his approach to trying to hit off Syndergaard, saying that he would quit.

The baseball world is in awe of Syndergaard’s talent at just 23. Former pitcher Curt Schilling told Simon of Syndergaard’s ceiling, “As high [as] or higher than anyone in the game.” A major-league scout told Simon that his “ceiling is unlimited. Amazing talent.”

It’s even more impressive that this is a new skill:

It remains insane to consider that Noah Syndergaard may be throwing the most unhittable pitch in baseball, and he didn’t throw it last year!

Third baseman David Wright had perhaps the best description of Syndergaard, comparing him to a video game:

Friends ask me about him. I say, “Think of it this way: When you used to play video games as a kid, if you build the player that you want to build and put all the abilities up to like max 10, he’s that guy that you build in the video games — his presence physically, the stuff, the command.” He throws 100 mph. If he’s not throwing 100, and he’s throwing 96 or 97, he can beat you with hitting his spots and his secondary pitches. When he’s out there throwing 2-1 sliders or 2-1 changeups or 3-1 curveballs, that just makes it completely unfair when he’s got 100 in his pocket.

The MLB season is still young, but Syndergaard is blowing away the baseball world, and he looks like the obvious candidate for the Cy Young Award this season.