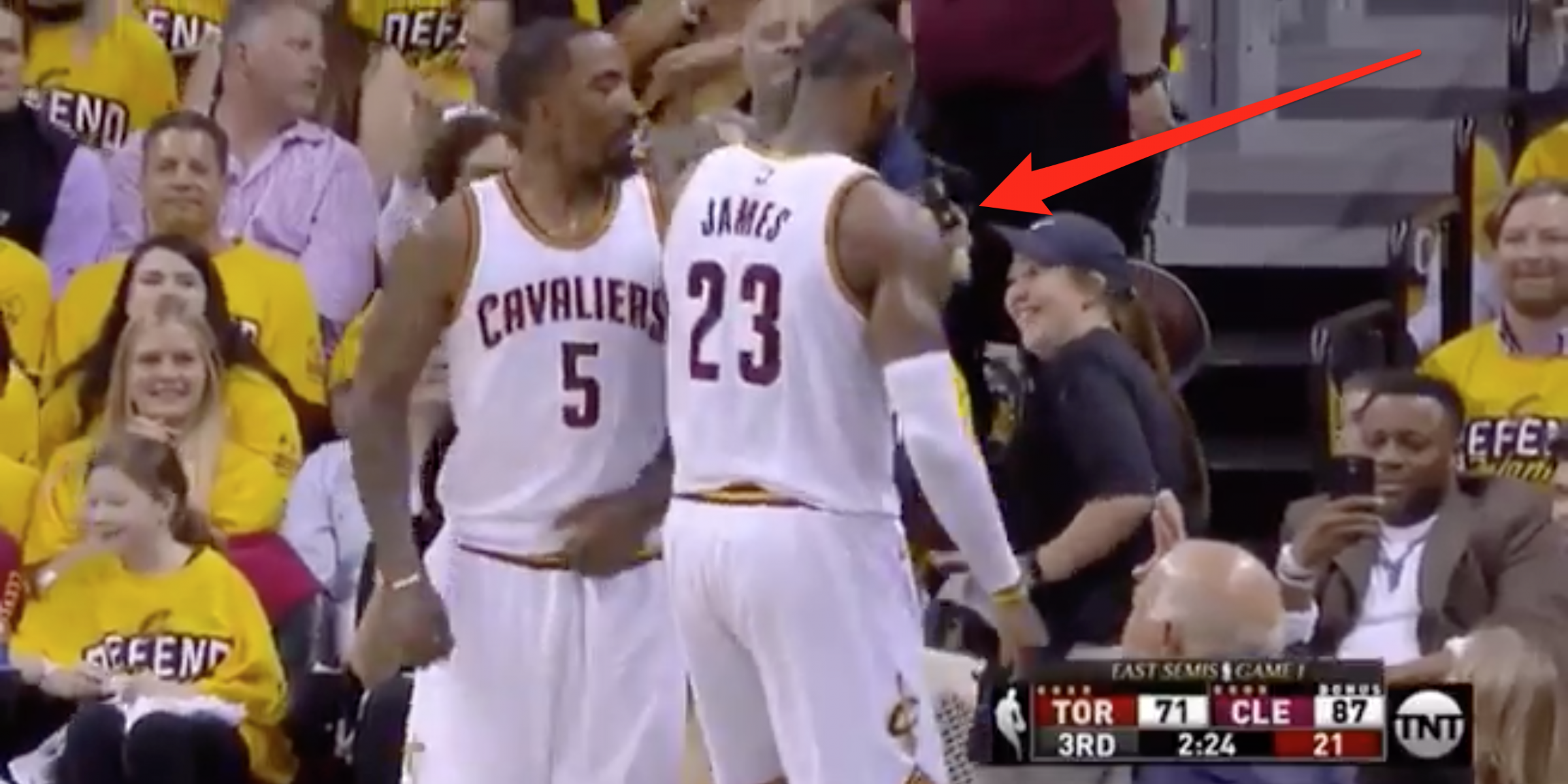 LeBron James looked about at ease as a player can be during Game 1 of the Cleveland Cavaliers’ second-round matchup against the Toronto Raptors.

During the third quarter, James was fouled by Raptors forward Serge Ibaka on a fastbreak. James blew through the foul and had a chance at and-one layup, but missed the bunny.

Afterward, mad at himself for missing such an easy opportunity, he strolled over to the sideline, caught a waitress walking by and pretended to take a sip of the beer she was bringing to a fan.

How much is LeBron worried about Toronto? This much pic.twitter.com/DeAcc1TMhL

Last year, in the conference finals, the Cavs beat the Raptors in six games, with their four wins coming by an average of 28 points. With the Cavs up by double-digits, LeBron doesn’t seem to be sweating these Raptors.