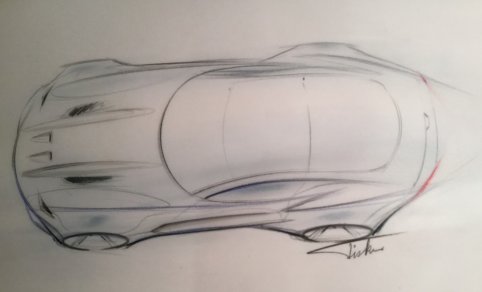 A car designer is suing luxury automaker Aston Martin claiming the company issued threats against him related to his entry into the upcoming Detroit Auto Show, which kicks off next week.

Famed designer Henrik Fisker claims in the $100 million suit — filed in a federal district court in California — that Aston Martin issued a threatening letter demanding that he not unveil his “Force 1” supercar concept this month in Detroit due to design similarities with one of Aston’s vehicles.

Aston Martin’s letter to Fisker, which was included in the suit, makes the claim based upon a single, pen-on-paper sketch of the concept released last month ahead of the release, and compares Fisker ‘s design to their own DB10, “James Bond Car,” a one-off model featured in the film “Spectre,” released last November.

The letter asks Fisker for written assurance that the design to be revealed has changed from the original sketch and states that “Aston Martin will not hesitate to protect is valuable rights if necessary.” Henrik Fisker designed several of Aston Martin’s current models, including the V8 Vantage and DB9, when he worked for the brand from 2001 to 2004, according to the lawsuit.

Fisker’s suit addresses the specific design similarities claimed in the letter by providing examples of other available cars of the same type that they believe share the same features: Jaguar’s F-Type Coupe and the Chevrolet C7 Corvette.

This is also not the first legal battle over design similarities for Fisker. After his involvement in the initial design phase of Tesla Model S Sedan, the electric car firm filed suit in 2008 against Fisker claiming that he had copied some of the company’s technological innovations for his own Karma model.

An arbitrator eventually ruled in favor of Fisker, and the company was awarded an undisclosed amount.

We reached out to Aston Martin for comment, but haven’t heard back yet.