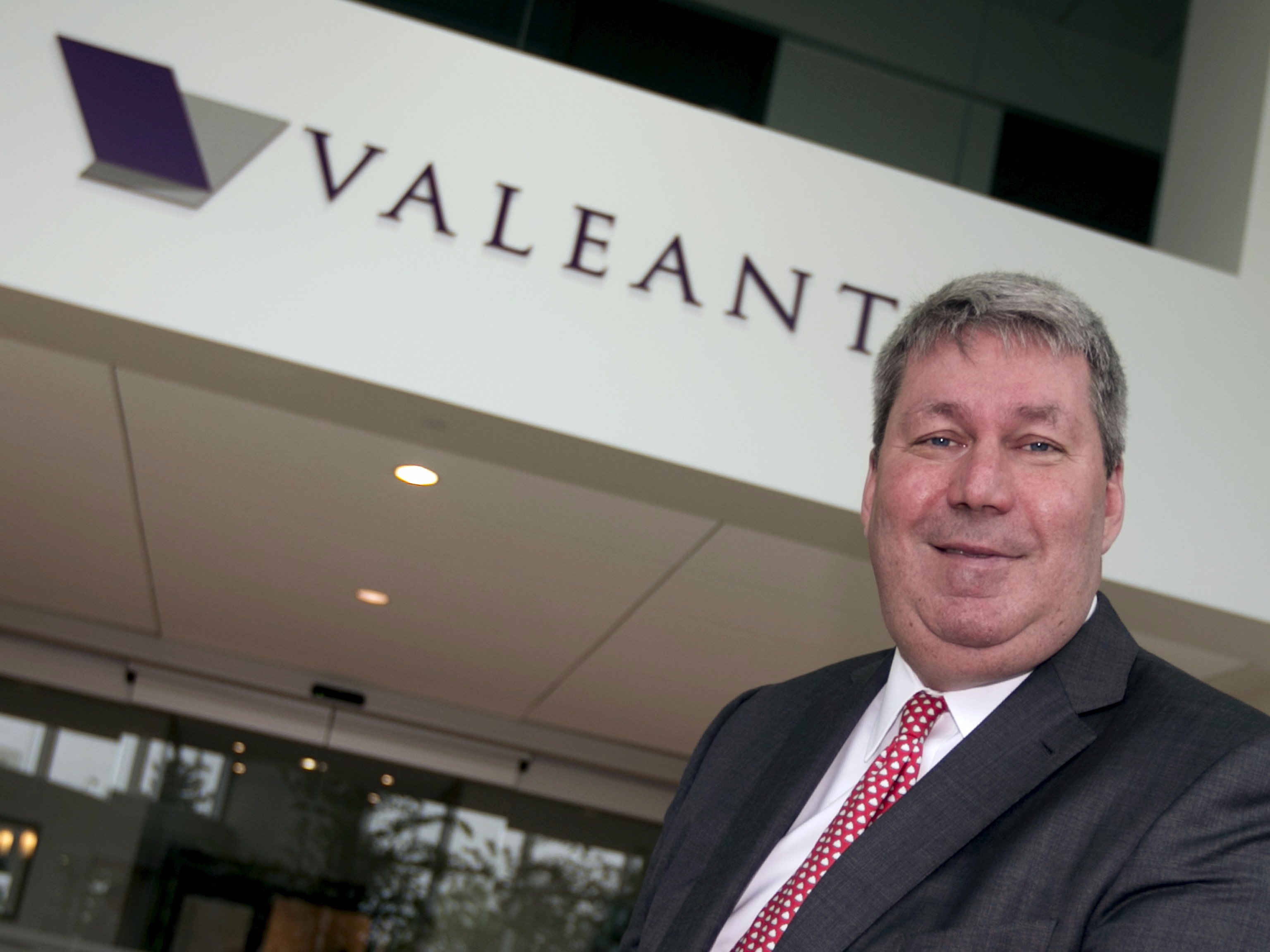 REUTERS/Christinne MuschiMichael Pearson, chairman of the board and CEO of Valeant Pharmaceuticals.

Valeant just tried to explain itself

Embattled pharmaceutical firm Valeant is planning to appoint a new CEO to replace Michael Pearson, who is hospitalized, according to Dow Jones.

Current CFO Robert Rosiello and former CFO Howard Schiller are in the running to take the CEO spot for an unknown amount of time.

Valeant’s stock started collapsing in October under the weight of federal investigations into its pricing practices, allegations of accounting irregularities from a short seller, and the revelation of its secret, close relationship with Philidor — a pharmacy that is also now under investigation for questionable practices with insurance claims.

Pearson has been sick for weeks, and it was already known that he would not be presenting at next week’s JPMorgan Healthcare Conference.

The idea that he would leave the company entirely, though, is a huge departure from then Valeant investors know. Pearson originated the company’s strategy of expanding its product line through aggressive acquisitions rather than by spending money on R&D.

But after October’s scandal extended into November, Valeant was forced to change course. It cut ties with Philidor and announced a new partnership with Walgreens at its investor day in December.

With that new partner came a new business strategy. In 2016, Valeant announced, the company would do no acquisitions. To make up for Philidor’s sales force — which sold almost exclusively Valeant products — and instead of increasing price, it would rely on sales volume to generate adequate revenue to make payments on its $34 billion debt load.

“We’ve always had strong growth and volume growth, but the skeptics have said that it’s all price,” Pearson said on CNBC after the deal was announced. “This will turn it all into volume.”

Pearson was hospitalized for pneumonia in late December, and a three-man team took his place. The appointment of a single person in Pearson’s place knocks them out of the picture.

Valeant’s stock is down 6% in after-hours trading on this news.