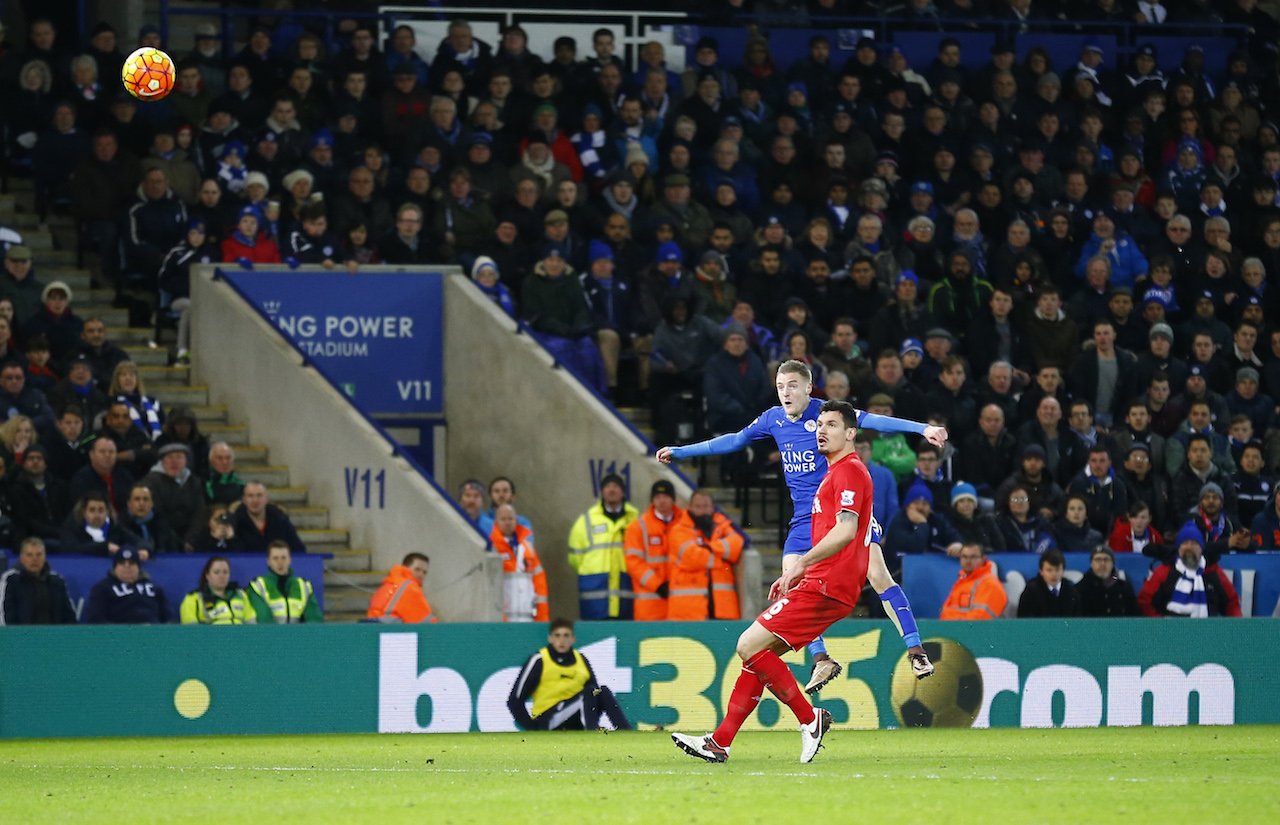 Leicester City have been the biggest surprise of the Premier League season, currently top of the table despite a much smaller payroll than the usual EPL giants that trail them.

Leicester’s best player is Jamie Vardy, a previously unheard of 29-year-old striker that has burst onto the scene in the Premiership this year. Against Liverpool on Tuesday, he scored a stunning long-range volley that is easily one of the best goals of the season.

Let’s look at this from a few different angles:

Vardy recently earned a call up to the England national team and big offers from both Chelsea and Manchester City. He turned down both clubs’ offers and opted instead to remain at Leicester through 2019. If Vardy keeps scoring goals like this (and he doubled Leicester’s lead over Liverpool later in the second half), Leicester might not just be a fun and surprising story of the Premier League this season — they might just be the champions. NOW WATCH: Greek soccer teams sat down on the field in the middle of a game to protest the treatment of refugees