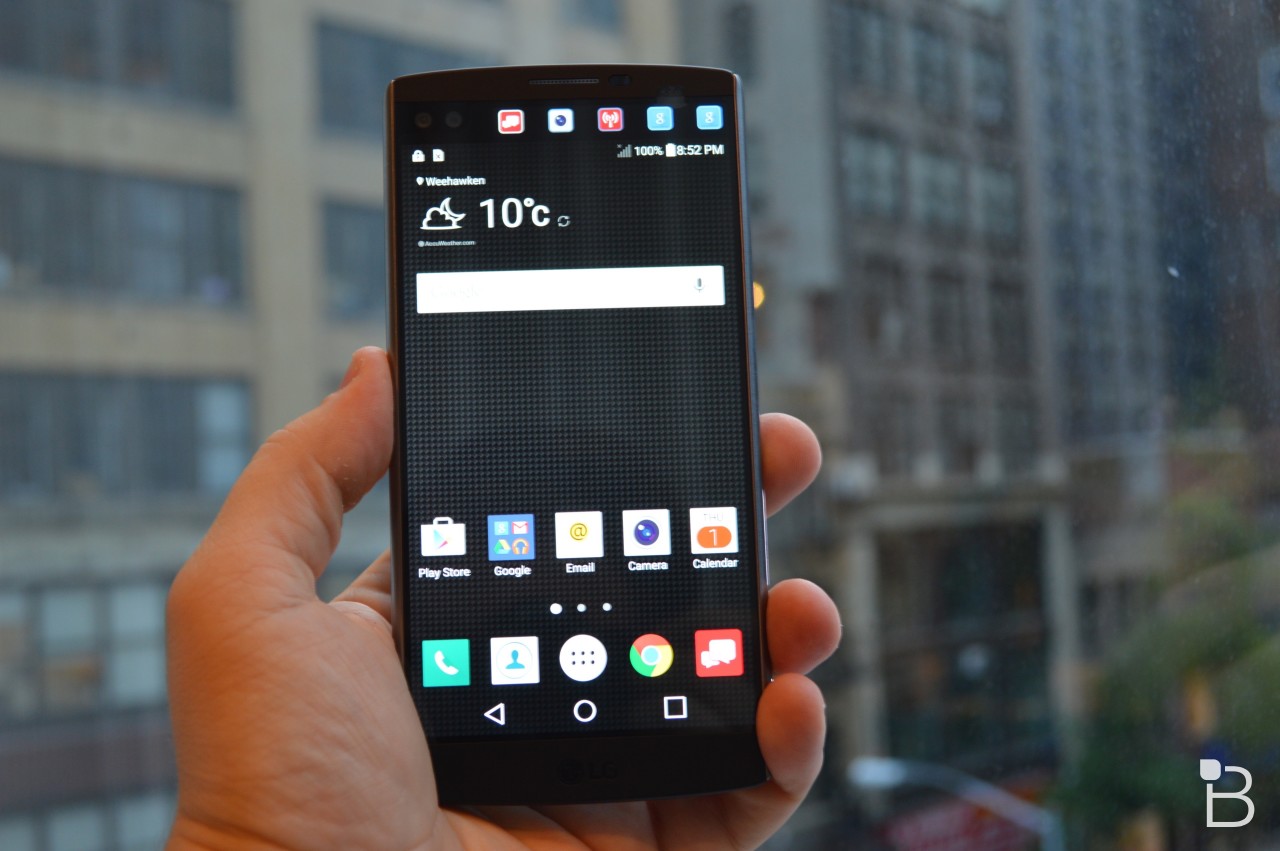 Following a leak that seemingly revealed all of the big details, a new report further corroborates what we can expect from the LG G5. According to Venture Beat, the upcoming flagship will sport a 5.3-inch Quad HD screen, along with a secondary ticker display, similar to what we saw from the LG V10 (pictured above.)

The report claims LG’s love of the secondary display will span multiple devices in 2016, a feature that will make the company’s mobile lineup unique in the face of competition from Apple and Samsung.

Other specs highlighted by Venture Beat include a Snapdragon 820 processor, 3GB of RAM, and 32GB of internal storage (whether it will support expandable storage is unclear). The device is also said to include a dual-lens camera system on the back, allowing users to snap photos with a 135-degree field of view. The camera will also utilize laser auto focus, which we’ve seen before, along with a dual-LED flash.

As expected, the fingerprint sensor is expected to sit on the back of the phone, allowing for easy access when holding the G5 one handed. Meanwhile, Venture Beat claims the G5 is going to sport a 2800mAh battery, which is smaller than the G4’s 3000mAh.

Venture Beat also mentions the inclusion of a “Magic Slot,” which will supposedly be used to support “high-margin accessories,” such as VR headsets. The new report mostly jives with what we heard before; some other details we previously heard include the addition of USB-C, and a design that favors metal over plastic.

We’re expected LG to release the G5 sometime this spring, possibly in April, but I’m guessing we’ll see much more of it before then.