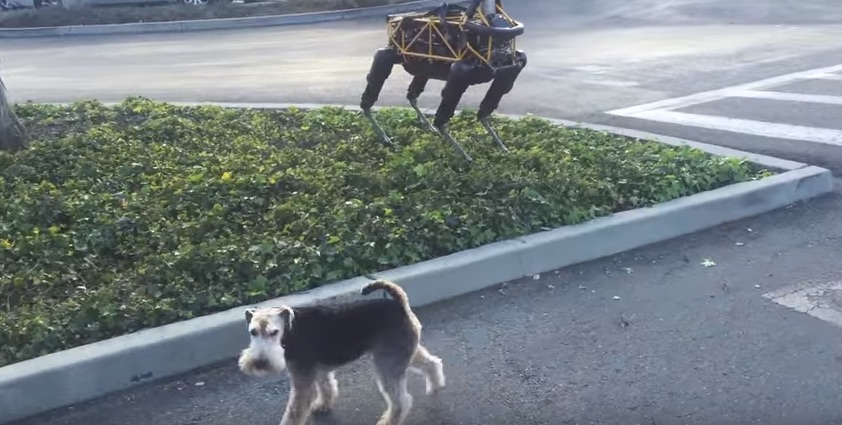 Google’s robotic dog, Spot, has always creeped us out, and it looks like real dogs don’t get along with this mechanized beast either. A new video shows what happens when animal and machine come face to face, and it doesn’t go very well.

From the moment Fido and Spot meet, the real dog, Fido, won’t stop barking. He’s clearly not impressed by Google’s robot, even when it pivots back and forth on its feet with a funny little dance. Spot powers down after about two minutes but even that isn’t enough to calm down our canine hero.

The entire interaction reminds us of that one scene in Terminator where dogs are used to identify robots disguised as humans in a dystopic future. Hopefully, this means that, if Google’s robots ever do rise up against us, we can count on our canine friends to help sniff them out.

Google has released a handful of videos featuring Spot in the past. The robot was developed by Boston Dynamics, which the search giant acquired in 2013. The video notes that this is the company’s latest model, and the only one not owned by the military.