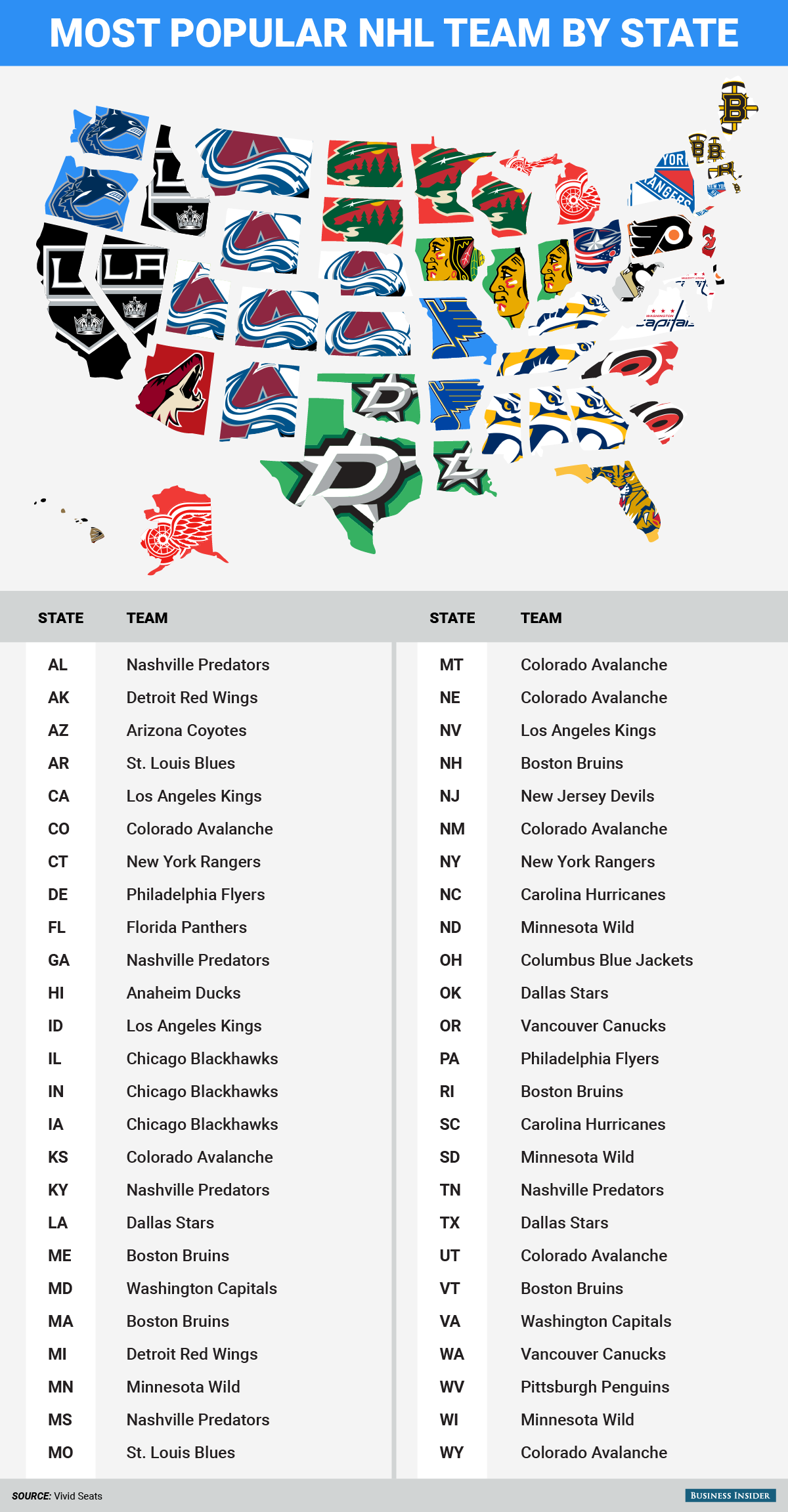 The Red Wings, Blackhawks, Rangers, and Bruins may be part of the NHL’s Original 6, but it is the Colorado Avalanche that can lay claim to being the most popular team in the most states.

Vivid Seats, a site that specializes in the sale of tickets for live events, collected data on the sale of NHL tickets to see which teams are most popular in each state. Using the billing address on all orders, Vivid Seats was able to determine which team’s games produced the most sales in every state.

Here is the full map: