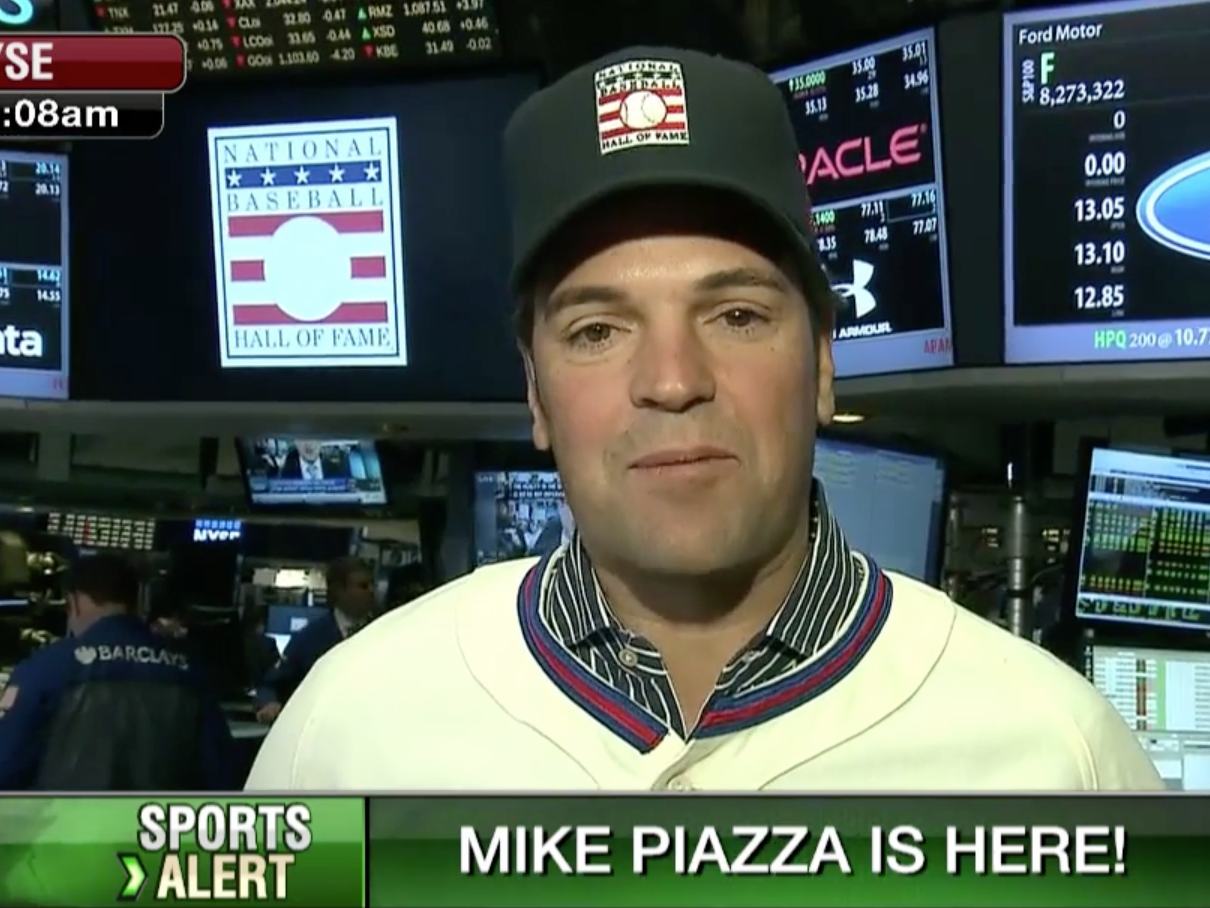 Mike Piazza was recently elected to the Baseball Hall of Fame.

The former star catcher is best known for his time with the New York Mets and the LA Dodgers, and is also a 12-time All-Star and 10-time Silver Slugger Award winner.

But baseball isn’t be the only thing this Hall of Famer has a few thoughts on.

In a recent interview on Fox Business News, Piazza shared some investing advice on the floor of the New York Stock Exchange.

“I’m big on the techs right now. I mean, you know, Apple and … I mean, it’s been on fire … I think I’m going to stay in that realm right now,” he told Fox Business’ Stuart Varney.

“It seems to be pretty safe. Everybody keeps buying iPhones. So, I’d stay right there,” he added.

It’s worth remembering that a good business alone is generally not a sufficient justification for buying a stock. Value and price are among things that should be considered carefully.

Piazza’s not the only one with Apple on his mind.

Apple shares have fallen by about 20% over the last six months, and broke $100 for the first time since August on Wednesday. Currently, the stock is trading around $97.61.

Analysts following the company have expressed concerns about the possibility for iPhone sales to fall for the first time ever when compared to the year before. And a recent report from Nikkei said that Apple is expected to cut iPhone 6S and 6S Plus production by 30% in Q1.

Additionally, some have been worried that Apple hasn’t had a real smash hit product since the iPhone. As Business Insider’s Myles Udland described it, “the Apple Watch was whatever [and] iPad sales continue to drift along.”

In any case, here’s the three-month chart of Apple below: