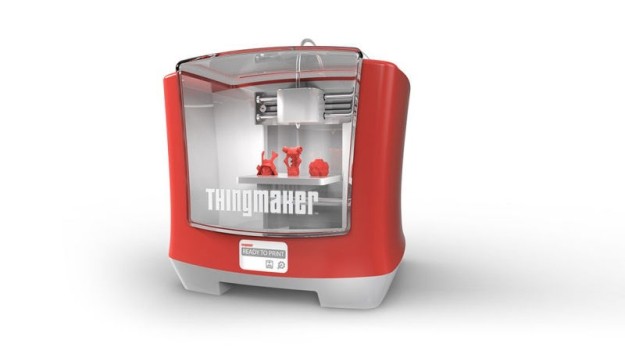 Mattel is at Toy Fair in New York City this week. We stopped by and actually tried to check out some of Mattel’s stuff on Sunday, though the company was holding off-site meetings. In any case, one new toy is called the “ThingMaker” and it’s a $300 3D printer that works with iOS and Android devices.

It’s targeted at kids, but just reading through some of its capabilities has me intrigued. According to Geek.com, the printer’s app lets kids pick from pre-designed molds that can be printed. There’s the option to customize ahead of time, and users have a choice from various colors as they print their creations.

Kind of reminds me of that old toy Creepy Crawlers I use to have, just infinitely cooler. The printer is set to debut sometime this fall, according to Mattel’s site.