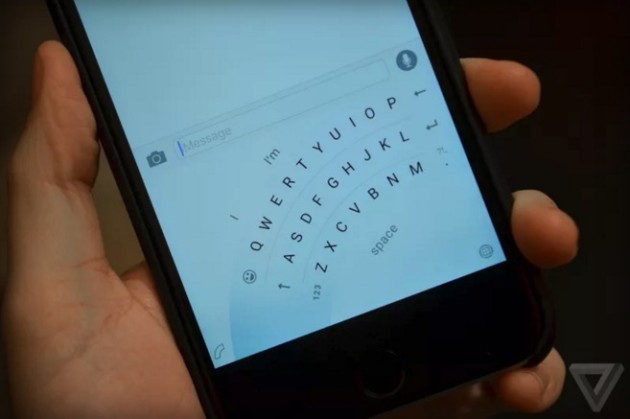 Add this to Microsoft’s growing list of excellent iOS apps. According to The Verge, the Redmond-based company is currently testing a keyboard that should be great for one-handed use.

As you can see in the picture above, the keyboard is a riff on what’s found in Windows 10 Mobile, but has been slightly tweaked for better usability.

When the keyboard’s one-handed mode is initiated in iOS, it can be shifted to either the left or right side in a fanned arrangement, making it much easier to type if your other hand is occupied; in Windows 10 Mobile, initiating this one-handed mode simply makes the keyboard more compact to one side, rather than opening up like a fan.

The keyboard is apparently being tested internally, but will soon be available to the public for further testing. Aside from its clean design, the keyboard’s main selling point is to mitigate the problems faced by users who find it difficult to type with one hand. Some of the keyboard’s other features include word suggestions, and the ability to swipe across letters to type out words, similar to Swype.

The plan is to bring Microsoft’s Word Flow keyboard to iOS “in the coming months,” with an Android release to follow.