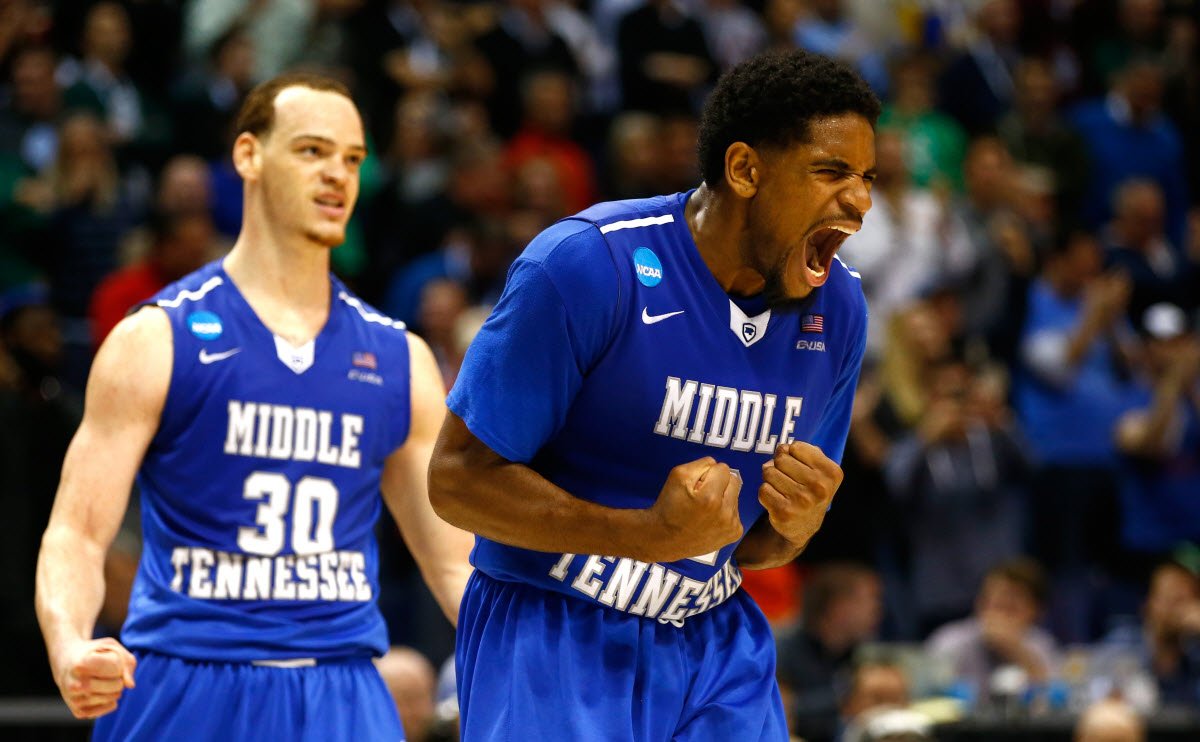 Middle Tennessee State University just pulled off the biggest upset of the 2016 NCAA Tournament, and perhaps of all time.

In a 2-15 matchup with Michigan State, Middle Tennessee shocked the world, winning 90-81.

In doing so, the team became just the eighth No. 15 seed to beat a No. 2 seed in tournament history, overcoming a -16.5 spread that favored MSU.

The massive upset likely ruined a lot of brackets. According to ESPN, MSU, who many thought should be a No. 1 seed, was selected to win in the round of 32 by 91% of ESPN bracket users, win in the Sweet 16 game by 80.9% of users, win in the Final Four by 38.6% of users and win the entire tournament by 22% of users.

Middle Tennessee took the sports world by surprise right out of the gate, surging to a 15-2 lead, from which they never looked back. They were led by an even performance from their starters, getting 21 points from forward Reggie Upshaw, with double-digit scoring from their other four starters.

Before today, Middle Tennessee State had not beat a team ranked in @kenpomeroy‘s top 100.

Yet they handled their business casually.

They’re onto the next round, where they’ll meet Syracuse.