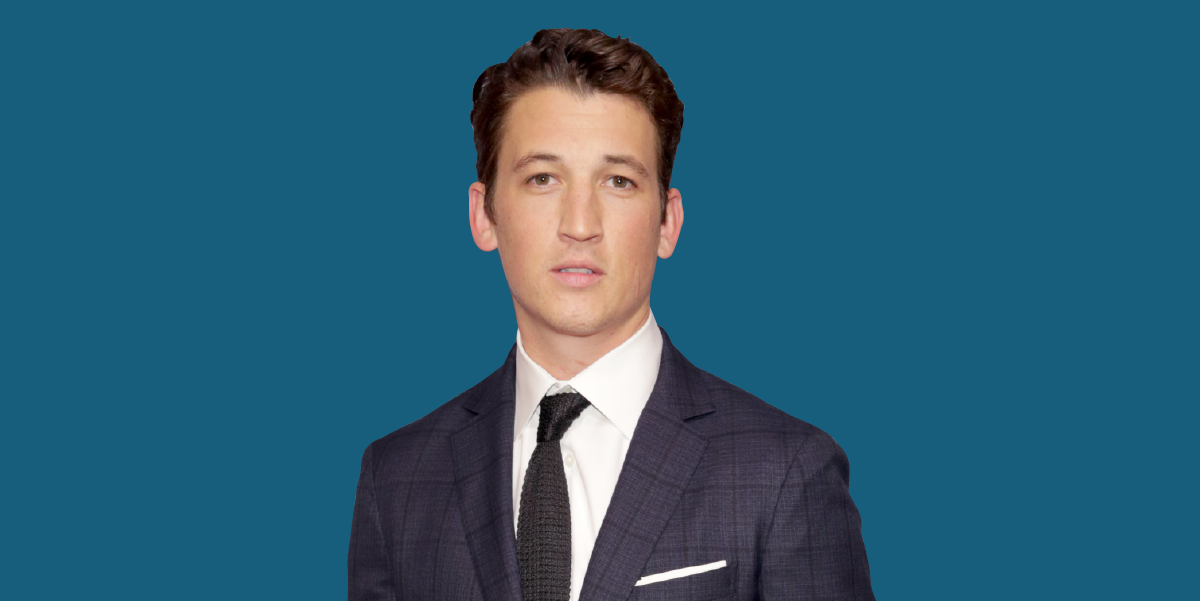 It’s hard to believe Miles Teller is only 29, because while talking to him over the phone, he sounds less like your typical young Hollywood star filled with aspiration and pep, and more like a guarded veteran who’s over the industry’s glamour.

That no doubt has something to do with his sharp career trajectory. In a short time, Teller has become one of the top talents under 30 with his exceptional acting chops that range from playing a determined musician in the acclaimed “Whiplash” to the wise-cracking skirt-chaser in “That Awkward Moment.” Not to mention stops in big-budget fare like “Divergent” and the disappointing “Fantastic Four.”

In his latest, Teller proves that he can carry the weight of a film. “Bleed for This” (opening in theaters November 18) is a tour-de-force performance by Teller, who’s in almost every scene playing real-life boxer Vinny Pazienza, a flamboyant fighter who pulled off one of the greatest comebacks in sports history as he recovered from a near-fatal car crash.

It’s an especially interesting choice for Teller, since he also survived a near-fatal car crash when he was 20.

Business Insider talked to Teller about preparing for “Bleed for This,” if this movie is therapy, and why he’s kind of relieved he didn’t get the young Han Solo role.

Jason Guerrasio: Was Vinny someone you knew about growing up, or did you start researching when you got the script?

Miles Teller: I actually had not heard about this story. I couldn’t believe that I hadn’t heard about it because it’s such an incredible true story and I’m a pretty big sports fan, but back then boxing fans knew him, but he was pretty specific to the Northeast in a lot of ways.

Guerrasio: So once you took on the role, was it looking at a lot of footage of him?

Teller: Yeah, I did. YouTube is a really great resource for an actor so I was able to go on the internet. I was able to find a ton of material on Vinny. Guerrasio: And not just the boxing movements, but the look, the voice, the swagger.

Teller: I listened to a ton of interviews. The first thing I did was I just listened to interviews and then I started watching some videos of him. I had a boxing coordinator who helped me, but I think it was important for me to not feel like I was mimicking Vinny but to really try to understand him and get a good handle on him.

Guerrasio: Did the script always have this twisted comedy to it or did that evolve?

Teller: Look, Vinny had a lot of fun. Vinny, in his life, he loves strip clubs and gambling. Vinny really enjoyed being Vinny. I knew this was not a cliche story.

Guerrasio: But I’m talking about the scene where Vinny and his father have a big meeting with fight promoters around a small table in a child’s bedroom. And when Vinny gets the halo off, he breaks the arm of the chair he’s sitting in. The delivery is very comedic.

Teller: With the halo removal scene, it’s tough to watch so any way to break the tension is good. But, yeah, [writer-director] Ben [Younger] wrote all of that stuff in the script. He deserves all the credit. That scene in the little kid’s room is funny.

Guerrasio: I believe Vinny came on set, but did you want to meet him before filming began?

Teller: I kind of wanted to keep my distance because I just felt like he would have been embarrassed by me before I got in shape. I really needed eight months, honestly, to get into the shape and do all of those things and to learn the boxing. So I was really intimidated by Vinny’s legacy and him himself. But once I got to Providence he was the first person I went to go see and that was such a surreal moment to finally meet the guy that you had been thinking about portraying and been obsessing over. He would come on set a little bit, and that was great. I knew he would be proud of what we were doing.

Guerrasio: Did he give you words of encouragement?

Teller: I wish there was more of a romantic answer but I have gotten to know Vinny more after filming. When you’re filming a movie there isn’t much time for that kind of stuff to happen. But afterward I saw him a few times and he’s so happy with the movie and really feels we did a great job with it so that’s the most important thing.

Guerrasio: Are you the kind of actor who plays that person nonstop during filming?

Teller: I was just in a zone. When you’re working and training that much you’re going through a fight camp. You kind of black out almost, the only thing you think about is boxing and this guy. I mean, I went from working out and boxing and working on the accent for eight to nine hours a day to then the movie’s done and you kind of miss that schedule, oddly.

Guerrasio: Do you catch yourself still saying things in Vinny’s accent?

Teller: I love being able to do the accent. [Laughs] It’s just fun for me. I always enjoyed the Boston, New England, New York, Rhode Island accents. Guerrasio: Is there any kind of research that goes into preparing to wear a halo?

Teller: No, once it’s on it is what it is. The day that Vinny was on set was when I had to bench press with it on and he helped give me some guidance because I honestly didn’t know how to do it.

Guerrasio: This is your fourth film where your character is involved in a car accident. You were in a very horrific crash in your youth. Is this just a strange coincidence?

Teller: That’s what it is. Look, I got in a pretty serious car accident in my life and I know a lot of people who have been in serious car accidents and if they haven’t they know someone who has so it’s kind of a part of growing up in the United States, I think.

Guerrasio: Is it some strange form of therapy for you in a weird way, the movies?

Guerrasio: Can you watch the crash scenes? Do you cringe when you see them?

Teller: No. I mean, my parents cringe. My girlfriend cringes. My buddies cringe. But for me, when the car accident happened I blacked out and I remember very little about it so the actual event is more traumatic for the people around you and then you’re left with picking up the pieces.

Guerrasio: And talking about it in every interview.

Guerrasio: When you go after a role that’s highly publicized, like the young Han Solo role, when do you know it’s over? Does your agent tell you you didn’t get the part or is it not until you read it in the press?

Teller: I guess when you stop getting a phone call. When you don’t have another callback you kind of figure it out. But that was kind of interesting, I didn’t know that I was on a shortlist for that role. I actually did find out about that through the press. Guerrasio: So you weren’t told that you were on a shortlist for the role?

Teller: Yeah. I didn’t know that the list was narrowed down and I was a part of it.

Guerrasio: When you read that you’re one of the handful they are considering, are you nervous of what the outcome will be or are you just thinking, If it happens, it happens?

Teller: Having done a huge move with “Fantastic Four” with a built-in audience and reviving it in a way, I knew what that would be so I think for me it wasn’t just like, “Oh my God, this is so amazing.” There’s also some caution there and some hesitation because I know how passionate the “Star Wars” fans are and I just went through an experience where the fans were very pissed off, apparently, at what we did with their beloved franchise. People think their childhood memories are getting ruined by recasting a part, you just have to know what you’re getting into.

Guerrasio: Was it good that you didn’t get the Han Solo role? You did “Fantastic Four,” you’ve spent a bunch of years doing the “Divergent” movies. Is it nice not to be in that franchise bubble at the moment?

Teller: Yeah, it is. It honestly is. I felt I got to do a lot of different things before the age of 30. Those big films, yeah it’s a lot of your life, but they also play all around the world and you get to connect to audiences that maybe smaller American independent films don’t so I have savored all the experiences and I’ve learned a lot from them but, yes, it’s a big commitment. I’m cool right now not being attached to a franchise.