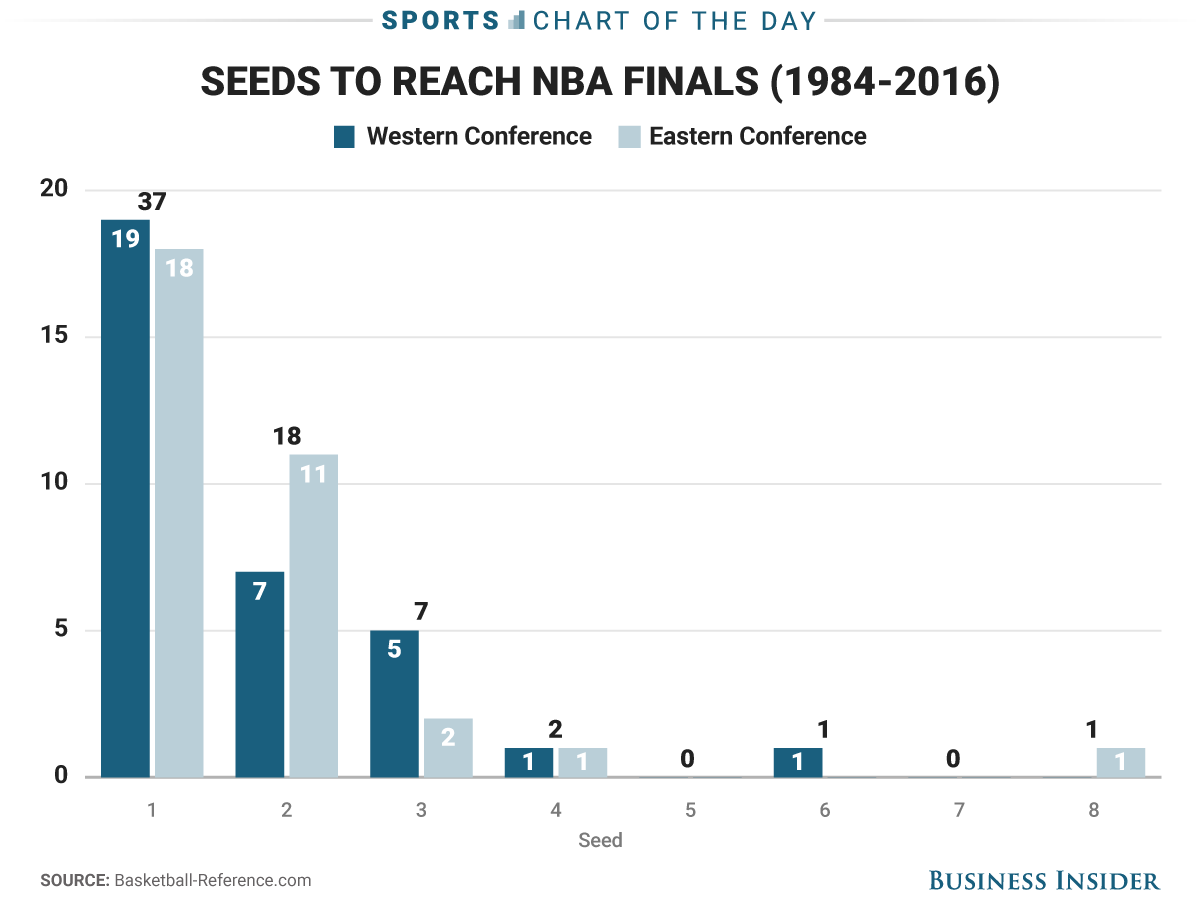 The 2017 NBA playoffs are once again showing just how predictable an NBA season can be.

If the Boston Celtics win Game 6 or Game 7 against the Washington Wizards it will mean that all four of the 1- and 2-seeds in the NBA Playoffs will have reached the conference finals and it will guarantee that the NBA Finals will include two of the top four teams entering the playoffs.

How common is that? Very.