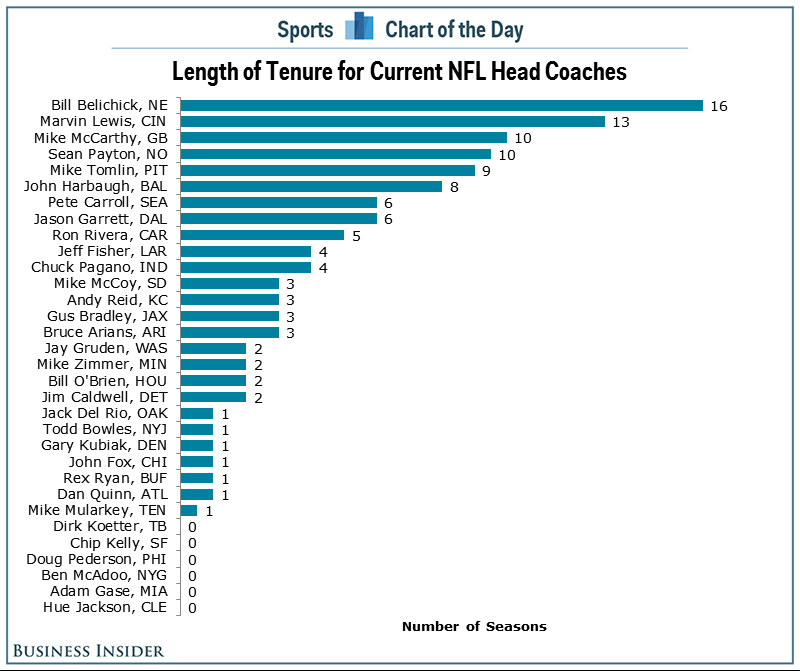 Bill Belichick won’t win the Super Bowl this season, but he already has four championships on his resume. As a result, he has something that is very rare in the NFL: job security.

Belichick has been with the New England Patriots for 16 seasons, the longest current tenure in the NFL. Only two other coaches, Marvin Lewis with the Cincinnati Bengals (13) and Mike McCarthy (10) have been with their current team for at least ten full seasons.

On the other hand, more than half of the coaches (17 of 32) have been hired since the end of the 2013 season and a whopping 13 have been hired in the last 12 months alone.