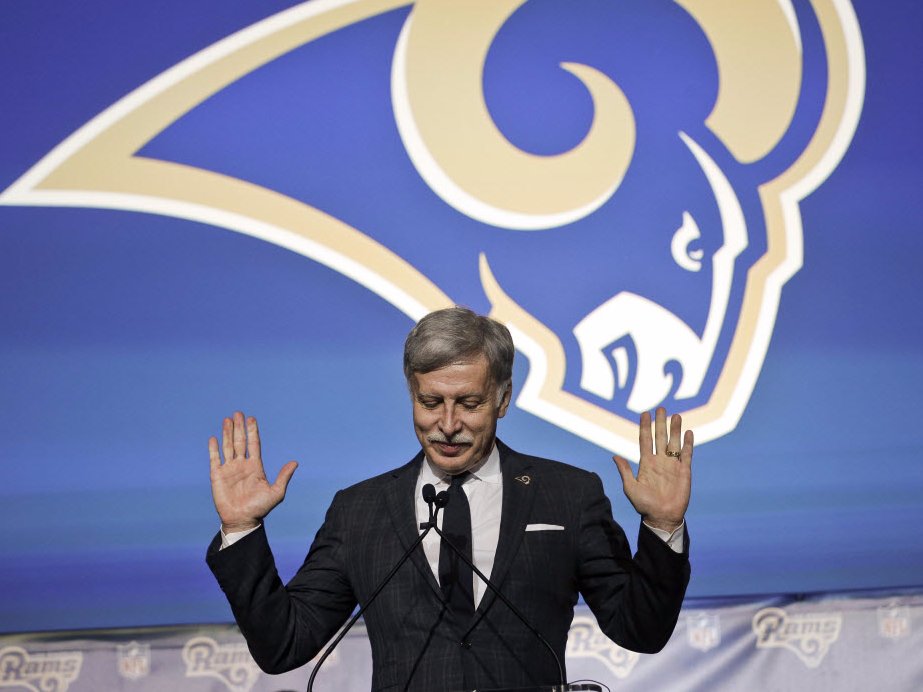 It is going to cost owner Stan Kroenke $550 million to move the Rams to Los Angeles, but he has already made back a lot more than that, based on the increased value of the franchise alone.

In a story for the Washington Post, Michael Ozanian of Forbes said the value of the Rams “doubles” now that they are in Los Angeles, which would put their current value at approximately $2.9 billion.

In Forbes’ most-recent valuations of NFL teams, the Rams ranked 28th out of the 32 NFL teams with a valuation of $1.45 billion. This was up from $930 million in 2014 when the team ranked dead last.

A $2.9 billion valuation for the Rams jives with our estimate in early 2015 that placed the value of an NFL franchise in Los Angeles at $2.5-3.5 billion. The Dallas Cowboys are the most valuable NFL team, worth $4.0 billion, according to Forbes.

The $1.45 billion increase for the Rams more than makes up for the $550 million price tag for the move, in the form of the relocation fee the team must pay the other owners.

Ozanian points out that part of the increase was already built into the 2015 valuation.

This means that the value of the Rams will actually nearly triple from their move to the Los Angeles, from something closer to the $930 million valuation in 2014 to approximately $3 billion.