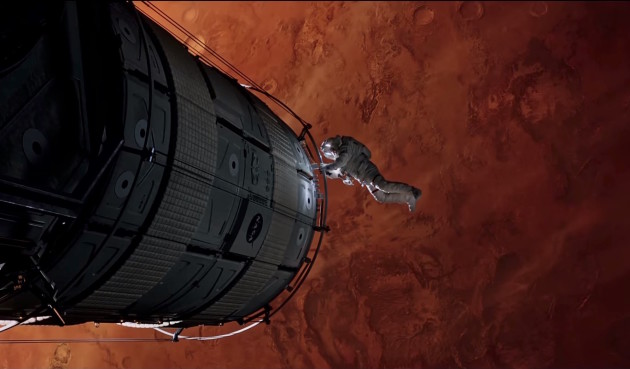 NASA on Friday announced over 18,000 people applied for a chance to be part of the agency’s 2017 astronaut class. With movies like The Martian helping to boost the profile of NASA over the past few years, along with the prospect of a Mars mission, NASA received nearly three times the number of applications it got in 2012.

Only eight to 14 candidates will be chosen after all is said and done, which means your chances of becoming an astronaut aren’t so great. But stay positive! You’re unique and smart and ready to travel to Mars. Selection will be announced in mid-2017, NASA said, which means you shouldn’t quit your job just yet.

While NASA acknowledged the selection process will be rigorous, the agency’s executives are happy to see so many interested applicants.

“It’s heartening to know so many people recognize what a great opportunity this is to be part of NASA’s exciting mission,” said Brian Kelly, director of Flight Operations at Johnson. “I look forward to meeting the men and women talented enough to rise to the top of what is always a pool of incredible applicants.”

If you do wind up getting chosen, you’ll go through about two years of training on spacecraft systems, learn spacewalking skills and teamwork, and you’ll also brush up on some Russian. After that, you’ll be assigned to any of four different spacecraft: International Space Station, NASA’s Orion spacecraft, Boeing’s CST-100 Starliner or SpaceX Crew Dragon.

If you applied, congrats, you’re part of history. If you wind up going to the ISS, let me know how the view is, will you?