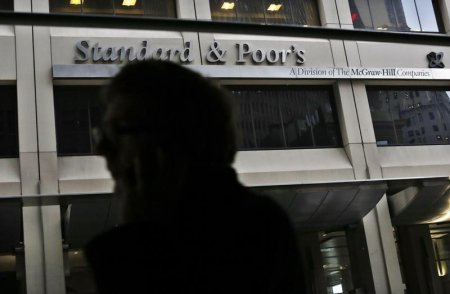 SYDNEY (Reuters) – A substantial settlement has been reached in a landmark A$200 million ($143 million) class action brought against ratings agency Standard & Poor’s, according to the law firm for the local governments, churches and charities bringing the suit.

London-based law firm Squire Patton Boggs said on Saturday that the settlement, which is subject to court approval, is likely to have widespread international ramifications for similar actions against Standard & Poor’s (S&P) due to the number of products it rates throughout the world.

Financial terms of the settlement were confidential, Squire Patton Boggs said. Litigation funder IMF Bentham said it would generate revenue of about A$52 million and a pretax profit after capitalized overheads of around A$47 million as a result of the settlement.

The Federal Court lawsuit was brought by 92 Australian groups who had bought synthetic collateralized debt obligations issued by Lehman Brothers Australia between 2005 and 2007.

The applicants alleged Standard & Poor’s engaged in misleading and deceptive conduct by assigning AA and AAA credit ratings to the Lehman Brothers products.

S&P denied the allegations. It could not immediately be reached for comment on the settlement.

“The outcome of this case has highlighted that organizations such as Standard & Poor’s require transparency and accountability in the formulation of the credit ratings that they assign to financial products such as SCDOs,” said Amanda Banton, a partner at Squire Patton Boggs.

Mick Wainwright, the leader of one of the local councils who took part in the class action, said the confidential settlement was “a welcome end to the monumental David and Goliath style action.”

The Federal Court found three years ago that Lehman Brothers Australia had engaged in misleading and deceptive conduct, breached fiduciary duties, breached contracts and acted in negligence toward plaintiffs.

The finalization of that matter enabled the launch of the class action against Standard & Poor’s in 2013.