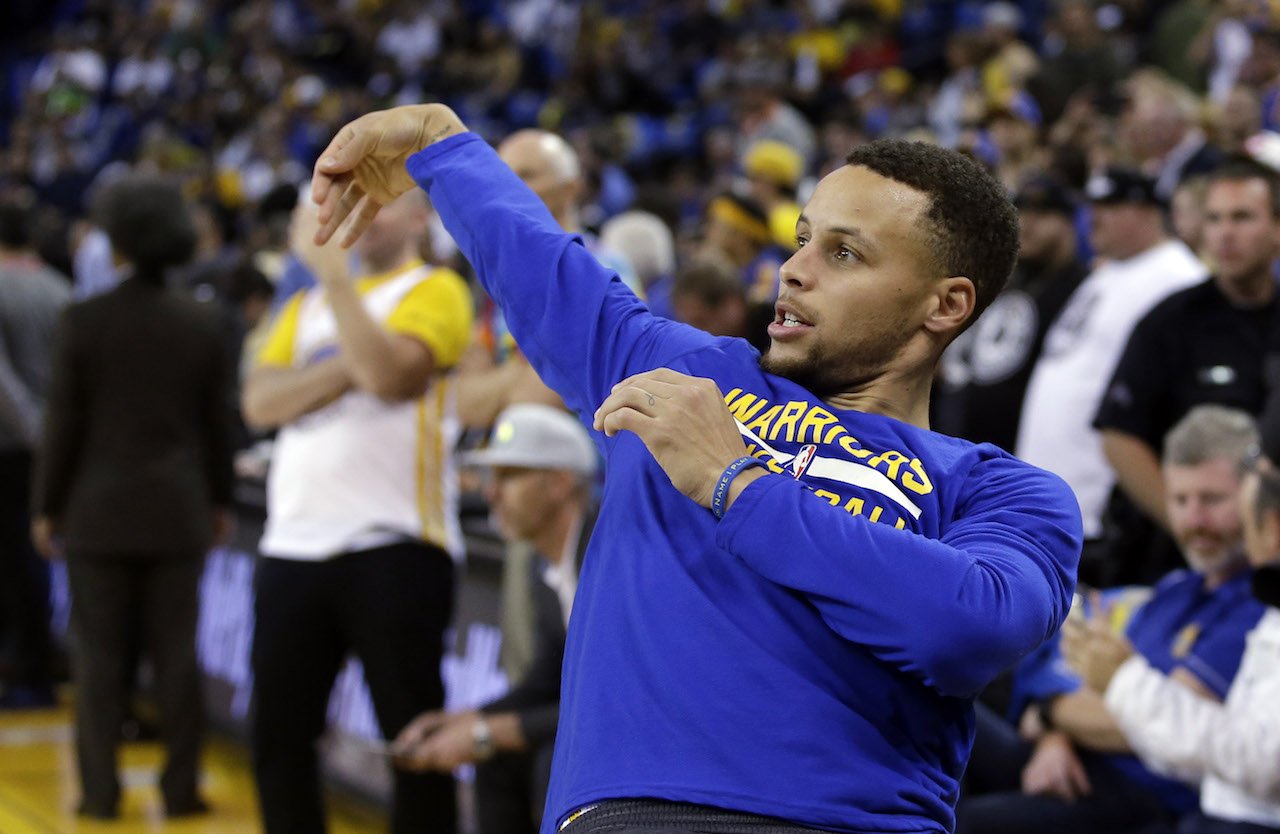 After beating the Oklahoma City Thunder in Game 7 of the Western Conference Finals on Monday night, 96-88, the Golden State Warriors have a 69% chance to repeat as NBA champions.

That is according to Nate Silver’s FiveThirtyEight website, which uses a combination of its Elo model and Carmelo player rankings to offer NBA playoff result probabilities. It gives the Cleveland Cavaliers a comparatively measly 31% chance to lift the Larry O’Brien Trophy.

Immediately before Monday night’s Game 7, the site gave the Thunder the best chance of winning the title at 44%. Now the Warriors are back atop of the rankings, where they were for most of the season.

Upon first glance, however, a 69% chance to win the Finals sounds high for any team, even the Warriors. Golden State is, of course, the best regular-season basketball team in NBA history, and it is riding an emotional high after escaping a 3-1 Western Conference Finals hole. Stephen Curry & Co. also dominated the Cavs in the regular season, not to mention the Finals they won last year in six games.

But this is the NBA Finals — the cliché that anything can happen is more true now than in any earlier round of the playoffs. And unlike last year, LeBron James has a healthy roster around him. Entering the Finals, the Cavs have lost just two playoff games — in the far less competitive Eastern Conference — compared with the Warriors’ five.

Silver’s site also gives the Warriors a 72% chance to win Game 1 in Oakland, favoring them by six points. That game tips off on Thursday at 9 p.m. ET on ABC.