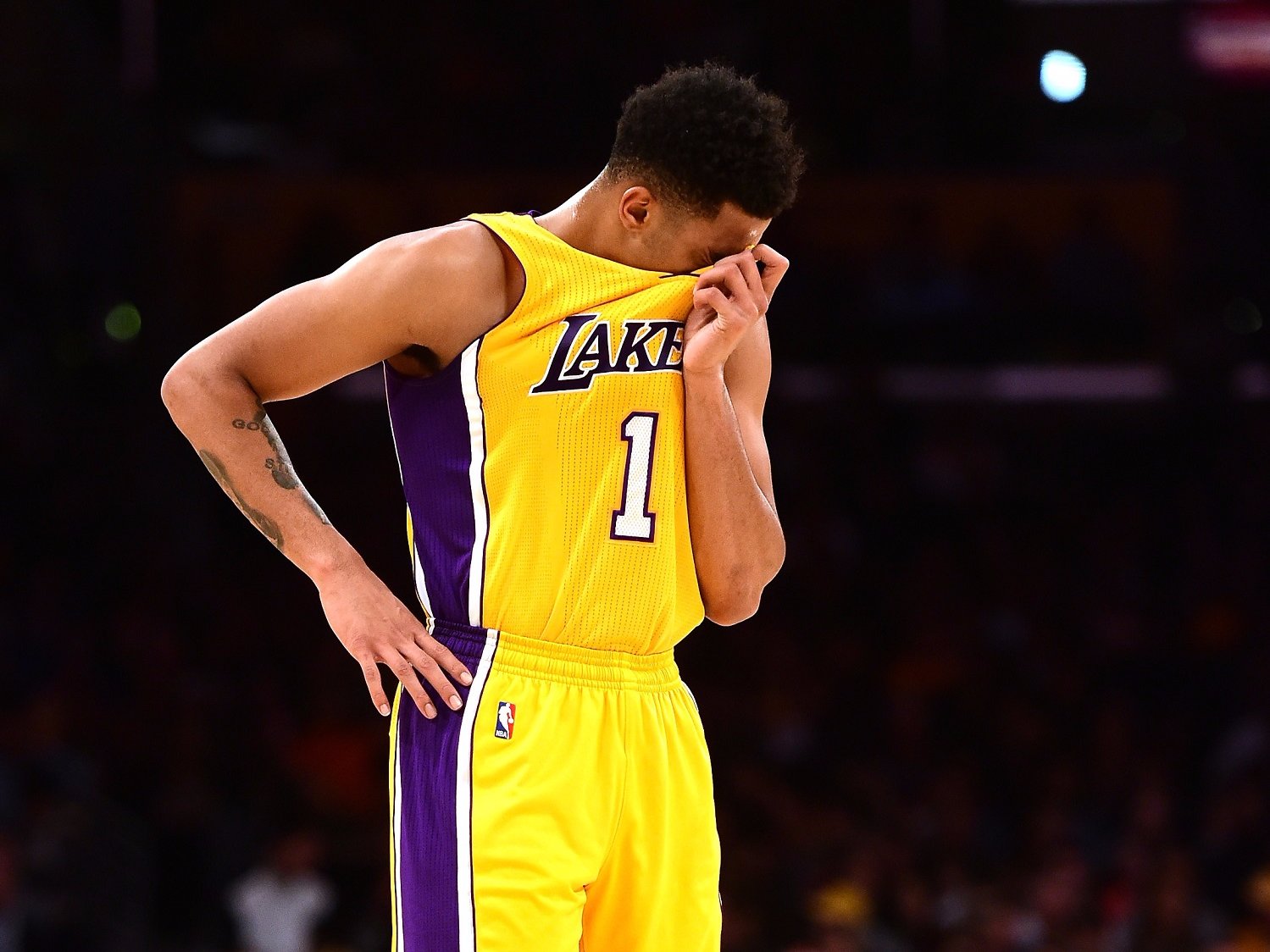 The NBA world is immersed in a controversy over a leaked video showing Los Angeles Lakers rookie D’Angelo Russell secretly filming teammate Nick Young talking about women, which was first reported by ESPN.

In the video, Young, who is engaged to Australian rapper Iggy Azalea, answers Russell’s questions about women he’s presumably had sexual encounters with. According to ESPN, at the end of the video, Russell says, “I’m glad you told my video all that,” before Young turns to the camera, confused, and the video ends.

The leak of the video, which was posted by a celebrity-gossip site, reportedly has the Lakers “isolating” Russell. ESPN reported that Russell recently ate by himself during a team breakfast, and teammate Lou Williams immediately stood up and left when Russell sat next to him in the locker room.

Since the report, there are more indications that NBA players see Russell in the wrong, despite the possibility of Young having an affair.

According to Mike Branashan of the Los Angeles Times, Lakers teammates are “ticked off” at Russell, feeling that he violated an “unwritten code” by making a player’s private life public.

But Young’s relationship with Russell has since been strained, and sources familiar with the situation believe it cannot be salvaged.

Sources also added several of Russell’s teammates have become distrustful of him after violating an unwritten rule about making details about anyone’s private life public even if it was unintentional.

A source told ESPN: “It’s bad. It’s about as bad as it can get. There were trust issues already. Now there’s no trust.”

Players from around the NBA have reached out about D’Angelo Russell story. All said similar thing: “You never do this to a teammate. Ever.”

Cheating is obviously bad. But players around NBA are putting themselves in Nick’s shoes, saying leaking ANY secret convos is huge betrayal.

Landry Fields, who spent five years in the NBA playing on the New York Knicks and Toronto Raptors, also felt it was a display of immaturity on Russell’s part:

Kids may be ready for the NBA physically, but there is a mental aspect that if not mature, will destroy as if they were physically unable.

While nobody is commending Young’s alleged affairs, it’s clear that players feel the public shouldn’t know about them in general, particularly if the source is a player. Players obviously feel that Russell — who reportedly sent the video to Snapchat, where it was allegedly hacked — is in the wrong for even letting this get out.

How that affects Russell’s relationship with players going forward should be interesting to monitor.