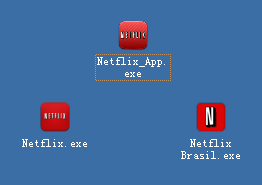 You can find anything on the Internet if you search hard enough. Passwords, credit card numbers, logins, social security numbers, you name it. You don’t often hear about how broad the black market is, though, and security firm Symantec recently published a post detailing some of the black market items for Netflix accounts, and the risks Netflix users face.

The company said that Netflix users are particularly prone to phishing attacks – those where an attacker might send you a fake email or message that looks legitimate, in hopes that you’ll provide more information, like your username and password. Symantec said one such malware used by hackers now is called Infostealer.Banload, which disguises itself as Netflix files but ultimately steals your banking information and other credentials.

After those credentials are gained, the accounts are then sold on a black market online. And, since Netflix allows multiple users to log in at the same time without kicking someone off, it can be harder for you to detect at home.

“There is an underground economy targeting users who wish to access Netflix for free or a reduced price,” Symantec said. “The products could even allow customers to open their own illegal store.” The firm provided details where Netflix accounts were selling at a rate of $0.25 a pop with a four-account minimum, meaning you’d need to spend at least $1 but you’d get access to four Netflix accounts.

“Another offering includes Netflix account generators,” Symantec explained. “The accounts created through these tools may come from stolen Netflix subscriptions or payment card details.” Customers for this sort of service on the Black Market could buy lifetime access for $30, a bargain considering Netflix costs about $7.99 a month.

Symantec says you can protect your accounts from these sorts of intrusions by making sure you’re downloading Netflix from official sources and avoiding all offers for reduced prices or free access.