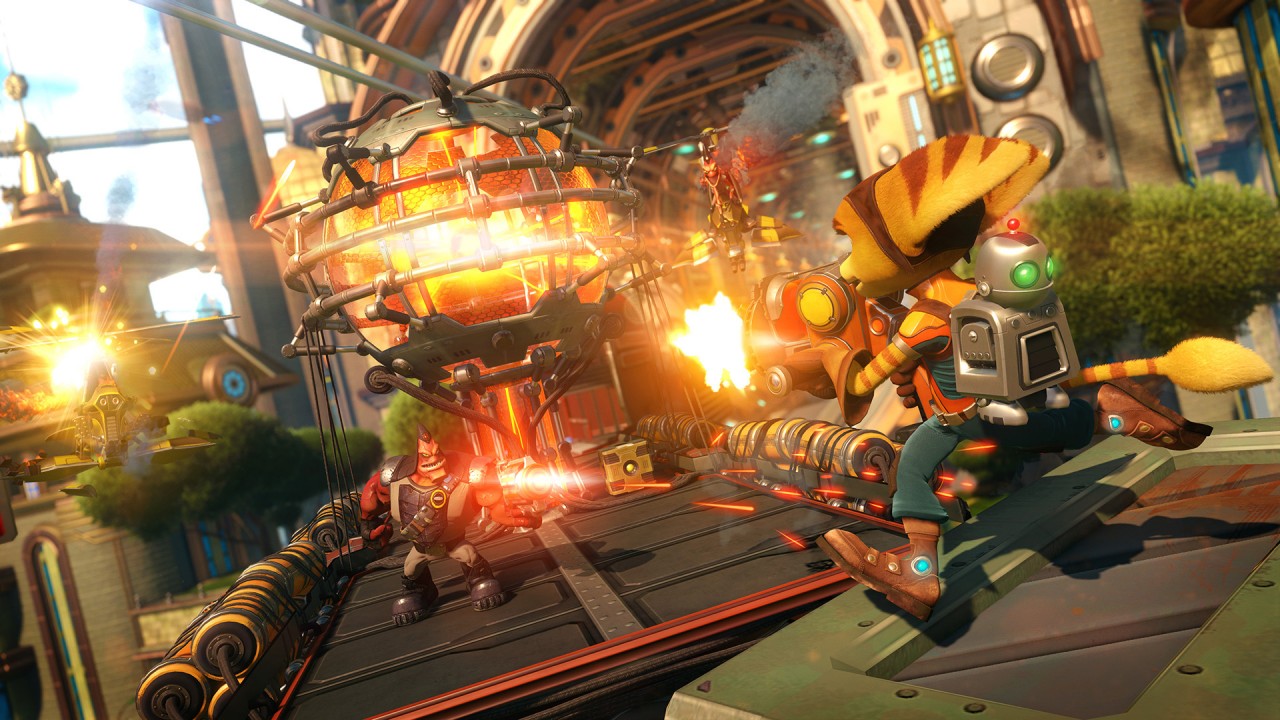 Insomniac Games has released a new batch of screenshots and gameplay videos from its upcoming Ratchet & Clank reboot. The game looks light-years beyond what the company achieved with the PlayStation 3 hardware, and early reactions from hands-on previews around the net have been nothing short of glowing.

The three gameplay videos come from three different levels in the game: Planet Aridia, Kerwan, and Novalis. This new entry in the Ratchet & Clank franchise is more of a re-imagining of the first game than a brand new title, and it will take our titular duo to both new and old locations.

If we’re going on opinions here, I loved the first three games back in the PlayStation 2 days when Insomniac was pushing technical boundaries nobody else was daring to touch. However, when the rest of the world caught up with the excessive PlayStation 3 powers, Ratchet & Clank fell into the back of my mind. This new game is just stunning and has the chance to bring it to the forefront again. I’m hoping Insomniac can recapture that old sense of pioneering that first put it on the map.

Ratchet & Clank launches for the PlayStation 4 on April 12.