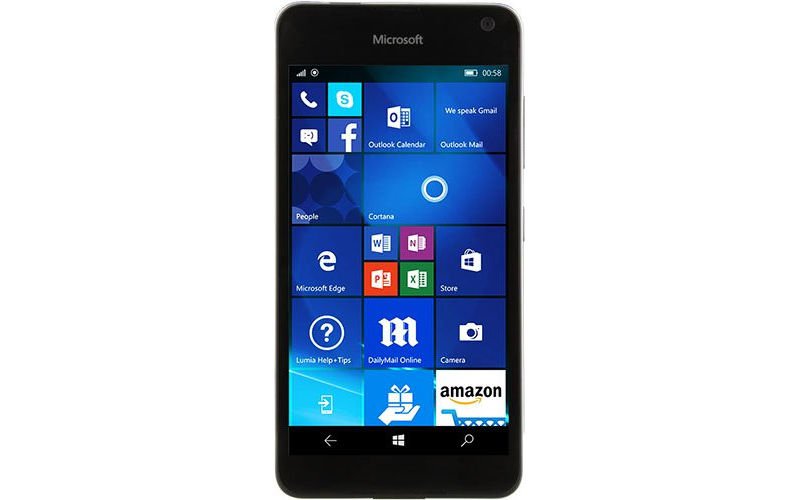 A new press photo for Microsoft’s upcoming Lumia 650 has leaked out ahead of the handset’s launch. The device is now expected to make its debut later this month after missing its February 1 launch date due to software issues.

The new photo was published on Twitter by the reliable Evan Blass (@evleaks). It gives us a clear look at the front of the Lumia 650, which will be a midrange device with a 5-inch 720p powered by Microsoft’s latest Windows 10 software.

Other specifications are said to include a Snapdragon 210 or Snapdragon 212 processor, 1GB of RAM, 8GB of storage, an 8-megapixel rear-facing camera, LTE connectivity, a microSD card slot, and a 2,000mAh non-removable battery.

The Lumia 650 was initially expected to make its debut on February 1, but Windows Centralreports that Microsoft was forced to push its launch date back due to “last minute software/firmware issues.” It is now expected to arrive in mid-February.

It’s unclear how much the Lumia 650 will cost yet, but one retailer, MobileFun, had already began advertising the device for £199 (approx. $289) in the U.K. before its listing was pulled.