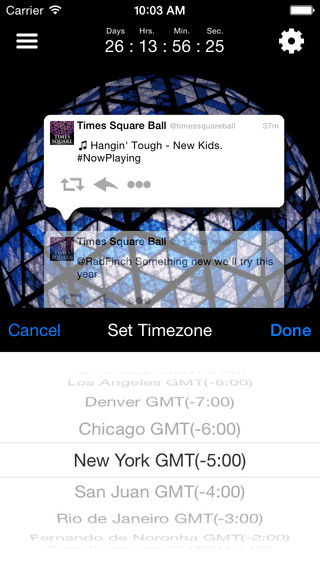 Maybe it’s because I grew up around New York City, but New Year’s isn’t quite the same if I can’t see the ball drop in Times Square. I know other cities have their own thing going on, I learned Savannah raises a red solo cup, for example, but I just need to watch good ol’ New York ring in the New Year. If you’re like me, there’s an app that will let you stream the event from anywhere.

The Times Square ball has its own official app that allows you to follow along with Tweets published by the ball – it has a personality of its own, and you can follow @TimesSquareBall on Twitter. There’s also an option to customize your own countdown clock depending on your time zone. Most importantly, however, is the easy access it provides to the annual dropping of the ball at Times Square.

That means, no matter where you are, you’ll be able to pop into the app and stream the Times Square ball drop – even if you’re not near a TV. Hit the source links to grab the iPhone and Android apps now. Happy New Year!