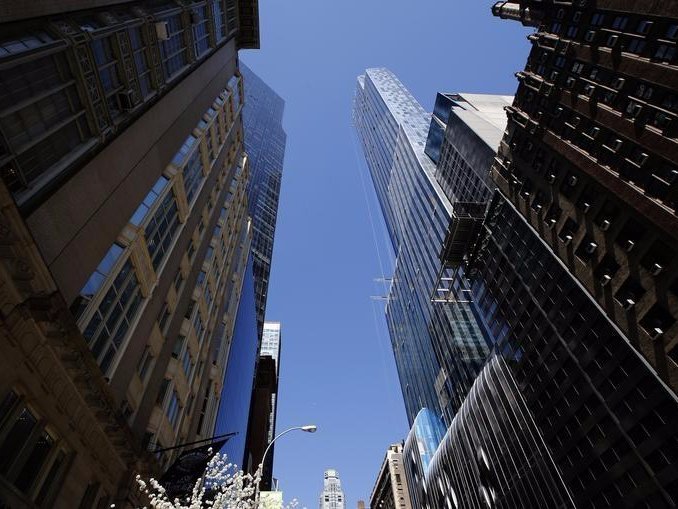 The Federal Reserve is out with its latest Beige Book.

The release is published eight times a year and contains anecdotal nuggets from the Fed’s 12 districts on the economy.

For the most part, the report showed that the economy continued to improve across most of America.

However, one ugly-ish thing stood out this time around: New York City’s high-end real estate market is looking, to use the Fed’s language, “particularly sluggish.”

Here’s the excerpt from the report (emphasis ours):

New York City’s co-op and condo sales market has slowed somewhat since the beginning of the year, with both prices and activity down modestly from late-2015 levels. The city’s residential rental markets have also been somewhat softer. Rents on Manhattan apartments have been steady to somewhat lower so far this year, while rents in Brooklyn and Queens have increased at a slower pace than in 2015. A major New York City appraisal firms also notes that the high end of both the purchase and rental markets has been particularly sluggish, reflecting excess supply; a similar pattern prevails for high-end rental markets across the District more broadly.

In other words, there are too many high-end, luxury apartments, and people are having a hard time filing them.

Notably, there have been some reports of developers having a hard time filling rooms over the last few months.

For example, in December 2015, Crain’s reported that at the Manhattan-based Zeckendorf Development’s latest place — 50 United Nations Plaza — only 40 out of the 87 available units have closed. Nearly two-thirds of the sold apartments were closed at discounts that averaged nearly 9% but were as high as 16%.

By comparison, Crain’s noted, Zeckendorf “set the scene for sky-high apartment prices in 2007 with 15 Central Park West, the Robert A.M. Stern-designed condominium where they sold a penthouse for $42.4 million.”

NOW WATCH: Pluto and its moon Charon have something that doesn’t exist anywhere else in the solar system