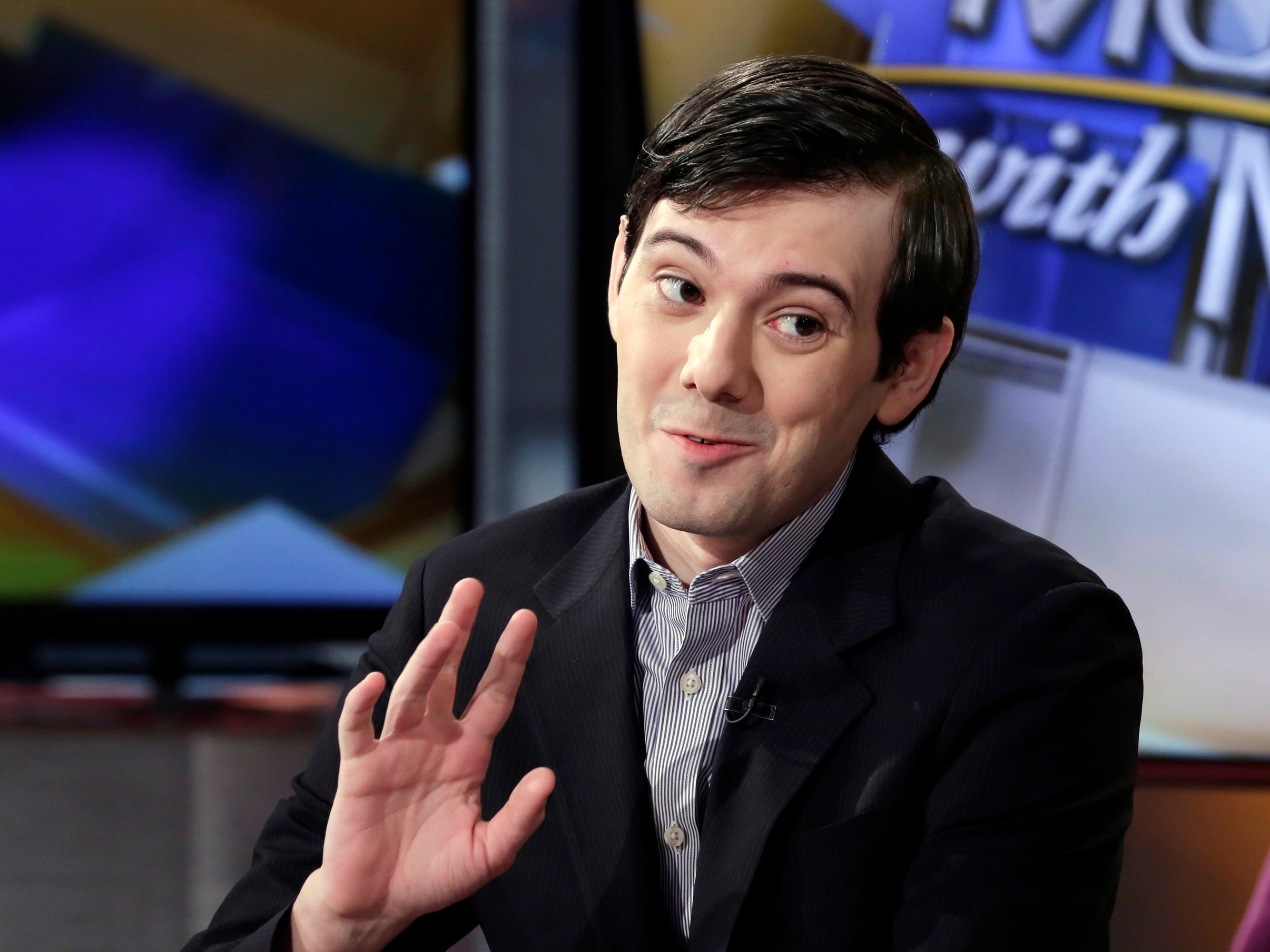 On Tuesday presidential candidate Hillary Clinton released a video attacking Valeant Pharmaceuticals for egregiously jacking up the price of its drugs.

The video focuses on a woman who approached Clinton on the campaign trail and the drug she takes, D.H.E. 45.

Valeant responded to Clinton’s video with a statement that sounded a lot like something former Turing Pharmaceuticals Martin Shkreli and executives at Turing might say.

Here’s a piece of Valeant’s response:

After being made aware of this patient’s story in January, we reached out to her to see if we could provide any assistance with the cost of the medicine, as we do for many patients through our patient assistance programs. She informed us that her insurance provider covers the drug, so it is not a significant out-of-pocket expenditure for her…

The product was acquired in 2005, and a generic version of D.H.E. 45 has been available since 2003. Due to that competition, Valeant’s share of the overall market for D.H.E. 45 has declined significantly. In fact, we now have less than 1% percent of the market for this drug.

So there are two points here. First, Valeant argues that the patient has help paying for this drug — so nothing to see here. Second, Valeant implies that it’s not even making that much money off the drug (look how small its market share is!).

This sounds exactly like what Shkreli and Turing executives said about their 5,000% price increase for a drug that they purchased last year.

Over and over again Shkreli would say that no one was denied access to his drug due to price because of patient assistance programs. He even tweeted about it. But internal documents subpoenaed by the government show that the programs were part of the company’s strategy to keep the price of the drug high.

The co-pay’s patients did have to pay weren’t always cheap either:

“We may need to make some updates based on co-pay amounts we’ve been seeing since the price change … there are patients waiting now for product who have a $6,000 co-pay,” Tina Ghorban, director of business analytics and consumer insights at Turing, wrote in an internal e-mail in August.

Plus, someone has to absorb this cost, even if it’s not the patients. If not patients, then insurance companies have to foot the bill for these expensive drugs, and that keeps prices high in the system in general.

Turing, like Valeant, also tried to downplay how much it actually makes off the drug that it hiked. Martin Shkreli couldn’t make it through more than few minutes of Congressional testimony last month, but Turing’s current CCO, Nancy Retzlaff, did, and she tried to argue that Turing didn’t even make that much money off of its single drug.

Rep. Jason Chaffetz (R-Utah) countered by played a video in which Shkreli said Turing took all of its “extra profit” and put it into R&D.

“That’s not true, is it?” Chaffetz said. “Are you really testifying that you’re losing money, because I’ve seen your spreadsheets and you’re making money hand over fist.”

He also read aloud the lavish details of a party Turing threw, and that’s when Chaffetz got sounded angry:

“Did you spend money on a yacht night?”

Did you spend money on a cigar roller for that yacht night?

“So don’t tell me you’re not making money. So what’s a woman who’s dying of AIDS supposed to do — is she supposed to tweet Martin Shkreli?”

You see all that matters here is how a company controls price. We know that, because internal documents from Turing prove that it’s the thing the company was working hardest to preserve. During her testimony, Retzlaff was asked whether her company ever thought about the public interest while pricing its product. She said she was comfortable with the pricing because of Turing’s patient-assistance programs. She also said there was a lot of misinformation about pricing and that the problem was with public relations.

“Despite your best efforts it [the drug price hike] became a major news story,” Representative Elijah Cummings said to her.

Then he brought up that, in response to the public’s reaction, a consultant advised Turing to lower the price and to tie profits of Daraprim to new research and development.

“Which is exactly what you’re doing today,” he said. “You followed most of the consultant’s advice, except for one thing. You never lowered the price of Daraprim!”

That’s because you can’t give on price. If you do, the game is over. The question is — should people’s health be a game?