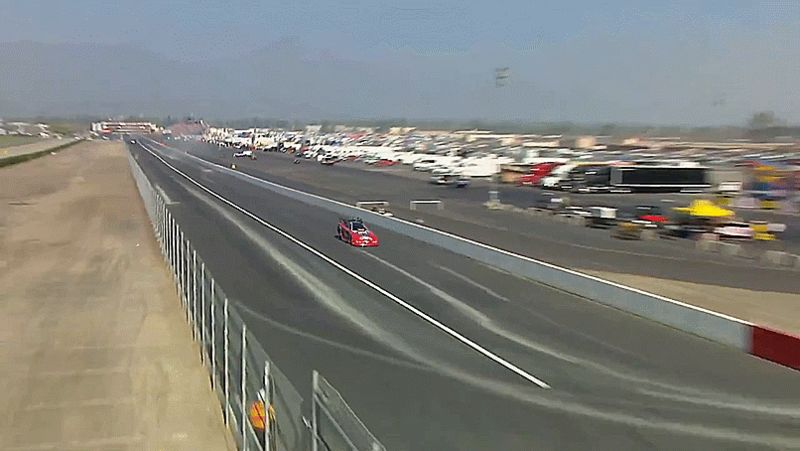 During a round of Funny Car qualifying at the NHRA season opener in Pomona, California, 69-year-old series veteran Gary Densham went barreling through the sand traps and into a safety net after his parachutes failed to deploy.

As ugly as the incident from Saturday competition at the NHRA Winternationals looks, Motorsport.comreports that Densham is OK after checks from emergency-services personnel. Here’s a video of the run from the third round of qualifying, which didn’t end well for Densham’s competitor, Jim Campbell, either:

The impact left Densham’s Dodge Charger R/T tangled and suspended from the safety nets following a career-best run according to Motorsport, with an elapsed time of 4.050 seconds at 307.3 mph. Motorsport reports that cleanup took more than an hour, and Densham said it “tore up a perfectly good race car.”

Densham wound up 11th in the 16-car field with the run, originally slated to compete against Courtney Force in the elimination rounds later this afternoon. According to the NHRA Twitter account, Force now faces Jack Beckman.